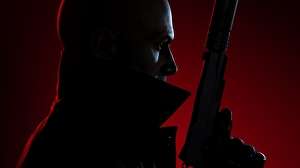 Hitman 3’s only been out a couple of weeks, but IO Interactive clearly doesn’t intend to let assassin’s catch their breath; the developer has now detailed Hitman 3’s first month of free post-launch content, and there’s a lot going on as February unfolds.

Things get underway today, 4th February, with the arrival of new Escalation contract The Baskerville Barney, which challenges players to navigate Thornbridge Manor and kill off the entire Carlisle family – but only using “accidents”.

That’s followed on 11th February with a Dubai-set Featured Contract being released in conjunction with YouTube show MinnMax, and there’s another Escalation contract arriving on 18th February – this time in the form of The Sinbad Stringent, which arms players with nothing but a throwing knife and pits them against a series of (presumably increasingly nefarious) boxes.