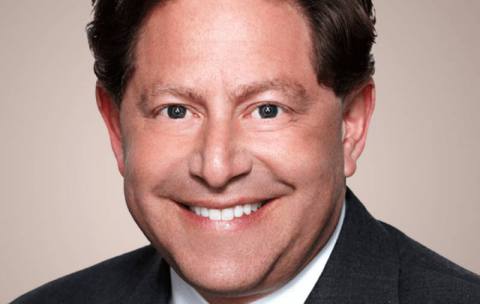 Yesterday, news broke that Activision Blizzard layoffs impacted many employees as the company shifts away from being “dependant” on live events concerning its esports division. Part of the severance includes 90 days’ pay, health benefits for the year, and a $200 battle.net gift card. Today, investors are once again looking at the CEO and his salary in relation to a history of preventable layoffs under his leadership.

CEO Bobby Kotick has been in the headlines in the past for his leadership practices and inflated salary, especially back in 2019. During that time, Activision Blizzard laid off more than 800 employees despite a profitable year, only to be revealed that his salary came in at $30 million. Now that a new round of layoffs has occurred, citing COVID-19’s impact on goals regarding the Call of Duty and Overwatch pro leagues, the CtW Investment Group has issued a statement regarding Kotick. The below statement made to GameSpot from the director of executive compensation research, Michael Varner, is as follows:

While the increase in Activision’s stock price is somewhat commendable, as we stated last year and continue to assert, this achievement alone does not justify such a substantial pay outcome for the CEO. There are many factors that may contribute to a rise in this particular company’s stock price that may not be directly attributable to Robert Kotick’s leadership. The use of video games as one of the few entertainment options available amid the COVID-19 pandemic, for example, has been a boon to many companies in the gaming industry irrespective of executive talent or strategic decisions.

This investment group has spotlighted Activision Blizzard and EA for a while now, with a special focus on top-level executives. With both EA’s Andrew Wilson and Kotick being named among the top of the most “overpaid” CEOs in the business, personnel loss doesn’t add up.

Previous conversations regarding Kotick’s payout centered on a loophole created to be more profitable for him as an executive with the “Shareholder Value Creation Incentive.” This allows for him to gain the full performance payout from previous years, whether milestone markets are hit or not. While this has had a positive impact on company shares, it has also become a cause for concern as layoffs become more of a norm in the Activision Blizzard culture.

Back in 2017, Kotick netted $28,698,375 even after a pay cut, which is around 300 times more than the average employee. While a massive pay increase is nothing normal for a person in a CEO position, eliminating 800 employees only to immediately turn around and say, “Just kidding, we need 2,000 more to fill those spots” is not normal. At least, it shouldn’t be.