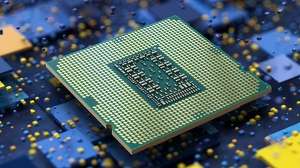 Intel unveiled its full range of 11th-generation desktop processors today, codenamed Rocket Lake S, which are due to debut on March 30th, 2021. That release date is just two weeks from today, which is also when you’ll be able to read reviews of the new hardware from Digital Foundry and other sterling outfits around the world.

The Blue Team is heralding up to a 19 per cent improvement in single-core performance (specifically, instructions per clock or IPC), up to 50 per cent better integrated graphics performance (thanks to Intel’s new Xe graphics architecture) and support for PCIe 4.0 (allowing Intel to finally match AMD with support for high-speed SSDs). There are also new deep learning capabilities that should accelerate certain workloads, AV1 decoding and some interesting new overclocking features we’ll get into later.

We’ll be testing two chips to start, the Core i9 11900K and the Core i5 11600K, representing the top and mid-range options from Intel’s new stack, on a Z590 motherboard – although Intel’s new chips will also work on Z490 and H470 motherboards that have received a BIOS update to add support for the new CPUs, as both 10th-gen and 11th-gen CPUs use the same LGA 1200 socket. As well as these two models arriving soon at Digital Foundry’s Bristol HQ, the full lineup incorporates some 19 11th-gen processors – not even mentioning the 11 refreshed 10th-gen parts and Pentium Gold processors that we won’t be covering in this article. Here’s how the whole family looks – note that the prices listed are for lots of 1000, so retail prices may be a few notes higher.