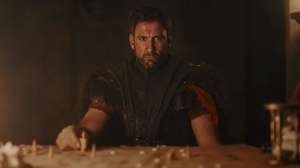 Creative Assembly’s much-revered strategy classic Rome: Total War is getting a remaster, in celebration of the Total War games reaching their 20th anniversary this year.

It’s a big first for the series, and is mostly being handled by London-based Feral Interactive, in collaboration with Creative Assembly itself. It’s coming to Windows, Mac and Linux on 29th April this year, with cross-platform multiplayer available from the off – another series first – and will include both the Alexander and Barbarian Invasion expansions. It’ll also launch at £24.99 here in the UK, with a 50 per cent discount to £12.49 if you already own the original. Here’s a look at the first trailer:

Feral Interactive has plenty of history with Total War, taking on the mobile ports of the original Rome as well as handling the Mac and Linux versions of the many others in the series for some time now. Rome: Total War is a proper classic for strategy fans, of course – Feral’s managing director, David Stephen, referred to the process as “a bit like recutting the crown jewels”, which sounds somewhat nervewracking, but we spoke to Tom Massey and Edwin Smith, the team’s head of production and head of design respectively, to get a bit more detail on what to expect from the remaster, and it sounds extensive.