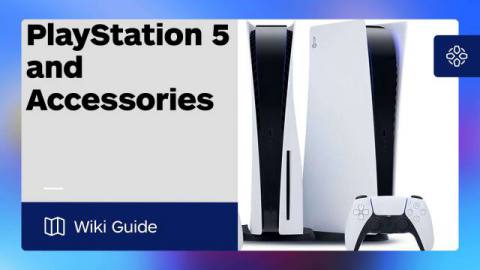 This portion of the guide explains how to do PS5 Cross-Play with PS4 players and how to voice chat between PS5 and PS4 users.

How to Do PS5 Cross-Play With PS4

It is possible to play together depending on the game, though support must be provided by the game’s developer.

Can PS4 and PS5 players communicate via voice chat?

According to Sony’s PlayStation FAQ “PS4 and PS5 players (and users of the new PlayStation app for mobile devices) can communicate via voice chat in Parties. Depending on the game, in-game chat will also work across PS4 and PS5 versions of a game.”

How will game invites work between the PS4 and PS5?

As detailed by Sony “Players will be able to send and receive invitations for games that support cross-gen play across the PS4 and PS5. If you receive an invitation to join a game session, the notification will display which platform the game supports. If a PS5 game does not have a PS4 version available, PS4 players will not receive the invite.”