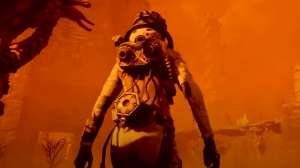 Developer Housemarque is trying something a bit different with its new PS5-exclusive shooter Returnal; while it’s earlier output favoured small but pristinely formed arcade experiences – think Resogun and Nex Machina – this time, the developer is going in a decidedly more blockbuster direction, and the result of its toils, we now know, will launch on 19th March next year.

Returnal, which was initially unveiled back in June, blends third-person action and platform elements with a great big dollop of moody narrative to create a game Housemarque calls its “most ambitious project to date”. The resulting adventure unfolds on the very edge of the galaxy, with players taking on the role of Selene, an Astra space scout who finds herself trapped in hellish loop of endless resurrection while stranded on a deadly planet.

It’s something of a rogue-like then, and the ensuing action promises “volleys of bullet-hell projectiles along the way” (clearly Housemarque isn’t entirely ready to wave goodbye to its arcade roots just yet), with players able to respond usingan arsenal of weapons armed with rechargeable alt-fire modes activated by half-pressing the PS5 controller’s adaptive triggers. 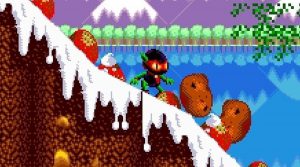