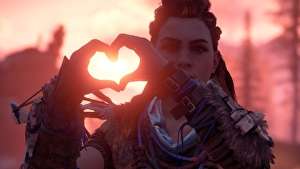 With the announcement of more PlayStation exclusives coming to PC, starting with Days Gone this Spring, the time felt right to return to Horizon Zero Dawn, Sony’s first full-blooded attempt at porting one of its most celebrated triple-A masterpieces. On release, performance and the overall quality of the user experience was poor, but six months on there’s no doubt about it: the game has dramatically improved. It’s not perfect, it’s still far from ideal, but Guerrilla Games has taken onboard feedback and corrected many of the issues, while dramatically improving performance in some scenarios.

Even just loading up the game, there are some immediately apparent differences. When the game first released, booting the title at 4K resolution saw Horizon actually internally render at the correct resolution, before downscaling to 1080p, then upscaling back up to 2160p – this is now fixed. The initial shader compilation that took so long back in the day is now carried out in the background, allowing you to visit the settings screen while it’s in progress or even start the game (I would recommend letting the shader caching process complete, however). The menus themselves remain much the same, but the various v-sync options now work properly too, without the massive performance drop the borderless windowed mode had when the game launched. Anisotropic filtering? That was broken on release too, requiring a GPU control panel tweak to improve detail, but this now works as it should.

This is basic stuff but it’s good to see it fully fixed. The same goes for dynamic resolution scaling: at launch, running at 4K ultra on an RTX 2080 Ti could see a targeted scene operate at 54fps, so DRS should only need to slightly tweak resolution downwards to get us to 60fps – but instead, resolution dropped to 1080p instead (!). You guessed it, it’s fixed now, and I would now recommend DRS to be enabled if you’re running at a fixed frame-rate like 60fps. AMD’s FidelityFX contrast-adaptive sharpening (CAS) is also added to the menu system: it is just a sharpening filter, but I think it is a nice enhancement for those who want to increase contrast when at lower resolutions and using TAA anti-aliasing.