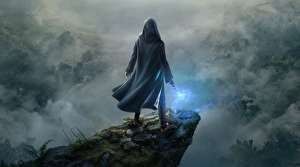 Harry Potter prequel game Hogwarts Legacy is planned to include a “trans-inclusive” character creator, as well as a transgender character, Bloomberg has reported.

The character designer will let you pick from unlinked body type and voice options for your Hogwarts school protagonist. Body types are labelled as either “witch” or “wizard”, and this will also determine which of the school’s dormitories your character is placed in.