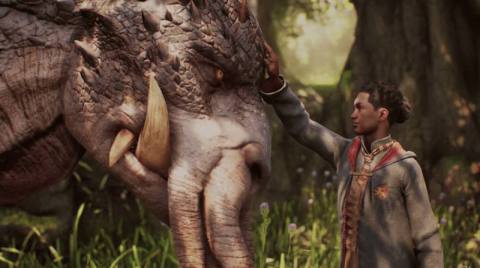 Last year, Sony unveiled a new Harry Potter game called Hogwarts Legacy during its PlayStation 5 showcase. The open-world action RPG was originally slated for a 2021 launch, but the studios attached to this magical adventure have announced the decision to push back the release until 2022.

The announcement of the delay debuted on the game’s official Twitter account, saying, “We would like to thank fans from around the world for the tremendous reaction to the announcement of Hogwarts Legacy from our Portkey Games label. Creating the best possible experience for all of the Wizarding World and gaming fans is paramount to us, so we are giving the game the time it needs.”

Developed by Avalanche Software, and published under Warner Bros. Interactive’s Portkey Games label, Hogwarts Legacy is an extended way to experience a franchise that is beloved by many. The open-world adventure is set during the 1800s in the Harry Potter universe, allowing players to get their Quidditch playing on while crafting potions, learning magic, and even undergoing the iconic Sorting Hat initiation.

While we know that the game has been pushed back until 2022, we don’t have any specific release window at this time. What we do know, however, is that Hogwarts Legacy is still slated to release on PlayStation 5, Xbox Series X/S, PlayStation 4, Xbox One, and PC. Given the extended timeline before launch, it is possible that Warner Bros. may decide to pivot away from a last-gen release given that it could be up to two years after the launch of a new generation of consoles.