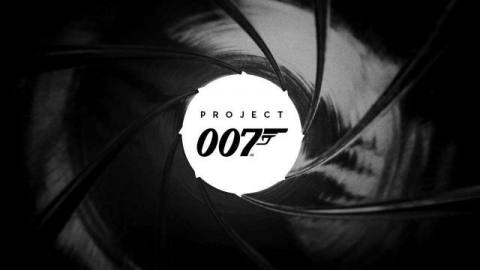 Hitman developer IO Interactive has announced Project 007, a new James Bond game.Announced in a teaser trailer today, IO describes the game as a “wholly original Bond story” in which “players will step into the shows of the world’s favorite Secret Agent to earn their 00 status in the very first Bond origin story.”

In active development for consoles and PC, Project 007 (a working title) will be created on IO’s own Glacier engine, which was used for the recent Hitman games. It’s not clear exactly what kind of game Project 007 will be, but given IO’s history with stealth and espionage games, the studio’s Hitman model seems like a potentially close fit.

The point about this being the first James Bond origin story is slightly confusing, given that Casino Royale features Bond earning 00 status, and there has been a series of Young Bond books by writer Charlie Higson. We’ve asked for clarification on that.

The game is being made in collaboration with Bond movie studios MGM and Eon Productions. No release date or actors have been announced at time of writing.

“It’s true that once in a while, the stars do align in our industry,” said IO CEO Hakan Abrakin a press release, “Creating an original Bond game is a monumental undertaking and I truly believe that IO Interactive, working closely with our creative partners at EON and MGM, can deliver something extremely special for our players and communities. Our passionate team is excited to unleash their creativity into the iconic James Bond universe and craft the most ambitious game in the history of our studio.”

IO is recruiting for the project in both its Copenhagen and Malmö studios. There’s also the small matter of Hitman 3, which comes to PS5, PS4, Xbox Series X/S, Xbox One, Stadia and PC on January 20. Later, it will even come to Nintendo Switch as a cloud game.