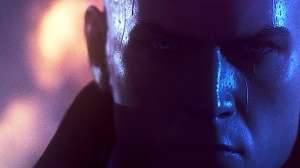 Traditionally, the cross-gen period – the awkward transition from one set of consoles to the next – hasn’t really worked out. There’s the sense that the next-gen versions aren’t necessarily everything they could be, while the software served up to owners of the older consoles often verged on the unplayable. But as move from PS4 to PS5, from Xbox One to Xbox Series, it’s clear that we’re seeing something very different this time around. IO Interactive’s Hitman 3 shows that cross-gen can actually work out just fine, and there’s the feeling that prior generation consoles are being pushed closer to their ultimate limits, while simultaneously, massive gains are achieved when playing on PS5 and Xbox Series X.

Of course, Hitman 3 is a game with additional interest for us, because IO’s excellent Glacier Engine has evolved, bringing impressive new features into the technology – while at the same time back-porting those innovations to the entirety of the Hitman trilogy. It’s to IO’s credit that with each Hitman release, and with each iteration of Glacier, existing content has been ported to the latest game, benefitting from the engine upgrades. It’s doubly useful for Hitman 3 played on a next-gen console because the baseline improvements are so profound, it’s effectively both a new game and a next-gen remaster of the older releases.

So how has Glacier moved on? The new maps are truly effective showcases for some of the new technology and the initial Dubai mission is a beautiful debut for a range of effects – foremost amongst them the arrival of a remarkable implementation of screen-space reflections. The environment is packed with reflective surfaces including metal and glass, presented in a brightly lit manner that would make imperfections obvious, while Hitman continues to look pristine. Of course, there are limits to SSR – off-screen detail can never be reflected – but Glacier has some interesting tricks up its sleeve for enhancing the effect. So, for example, the game’s signature crowds are reflected too, but it seems that these are 2D-sprite like ‘imposters’ to save on processing resources, while still looking very effective.