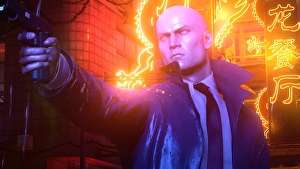 Hitman 3 arrived this week in what became the series’ biggest digital launch of all-time – and rightly so. As a culmination of the existing trilogy, Hitman 3 caps off the generation with the most impressive iteration of the Glacier Engine to date, with all existing current-gen Hitman content retrofitted into the latest game, while being essentially ‘remastered’ for next-gen consoles. PC owners can rejoice too – the game does everything that PS5 and Series X can and more besides, thanks to some nice upgrades and further scalability.

In delivering this article, IO interactive has furnished us with the exact PC settings for every console the game is running on. So, by using these settings on PC at the proper resolution, it is possible to see how a PC GPU fares in comparison to the consoles, with some interesting observations. First of all though, I’d like to give IO some kudos for a more fully featured PC options menu. The lack of granularity in settings was a real issue I had with Hitman 2, but this was improved over time and those efforts are ported over directly into Hitman 3, allowing high-end PC users to increase fidelity over console quality.

That starts with shadow quality, which sees PS5 operate at the normal preset, with Xbox Series X upping that to high. Ultra allows PC users to further refine the effect and in my tests had very little impact on performance. Screen-space ambient occlusion is interesting, in that all console builds operate at the ‘minimum’ setting – perhaps not surprising when dropping from ultra to minimum can add 20 per cent to frame-rate. Minimum can look a little rough, and I’d say that medium is the optimal setting – you claw back 16 per cent in frame-rate by dropping from the max and halo artefacts are minimised in the process.