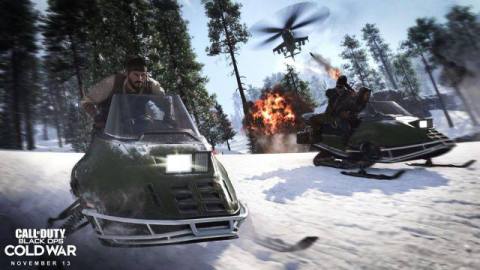 Call of Duty: Black Ops Cold War is one of the few games that offer 120fps on next-gen consoles, and it’s doing it right.

One of the biggest new additions in Call of Duty: Black Ops Cold War received little fanfare ahead of launch, that being the promise of 120fps on PS5 and Xbox Series X.

According to a new Digital Foundry report, however, it is easily one of its most impressive features. 120fps is available as an option on both PS5 and Xbox Series X, but not Series S.

By default, Black Ops Cold War locks the resolution to 4K, with the more manageable 60fps as its framerate target. This is the game’s most impressive looking mode, offering ray tracing support on PS5 and Xbox Series X, and sporting the highest resolution.

In the 60fps mode, Black Ops Cold War keeps to its target most of the time, with the resolution varying from scene to scene to maintain the framerate target. Digital Foundry reports resolutions anywhere between 1800p and 2160p, without any differences in the technical makeup between PS5 and Xbox Series X. Generally speaking, Xbox Series X maintains its 60fps target better.

In some cases, framerate on PS5 drops to 45fps in cutscenes, though the report notes that restarting the checkpoint resolves this problem, indicating that it’s a bug rather than a limitation. Xbox Series S offers the same 60fps mode as its only option, but turns off ray tracing effects entirely, and runs at 1200p-1440p.

To maintain 120fps on PS5 and Xbox Series X, Black Ops Cold War plays with the resolution, but it typically sits between 1080p and 1200p. Though this is a big drop from the visual mode, you’re getting double the framerate for it, so the decision is ultimately yours.

You can watch the full report in the video above, or hit up the written version at the link.