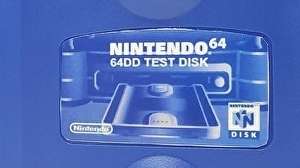 Remarkable photos of a pristine Nintendo 64DD development kit have been published online, giving a rare look at a piece of hardware few have ever seen.

The 64DD – Nintendo’s disc-based expansion unit for the N64 – is uncommon enough on these shores, since it was never officially released outside of Japan.

These photos, posted on Twitter by YouTuber Shane Luis, show the far rarer development kit version of the hardware. These units were sent by Nintendo to a handful of studios so they could be used to make and test games for the add-on.