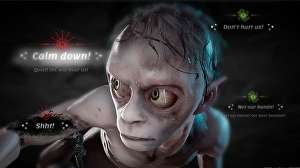 Daedalic Entertainment has revealed (brief) gameplay of The Lord of the Rings: Gollum. Check it out in the video teaser below.

Eurogamer had the chance to see a 10-month old build of The Lord of the Rings: Gollum during a recent preview event. There’s a heavy emphasis on stealth, with Gollum able to use his heightened senses to “feel sounds in the darkness”.

The story revolves around Gollum’s attempt to escape Barad Dur, where he has been since he was captured by Sauron. In the footage we saw, Gollum had just made his way through an area infested by spiders, and entered an area higher up from the mines and slave pits under the Barad Dur tower.