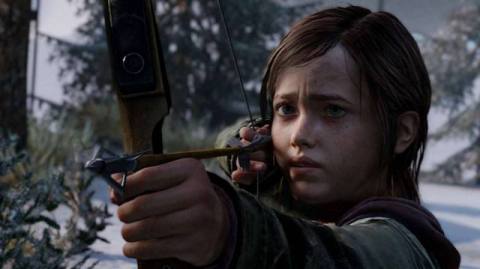 HBO has greenlit the new television adaptation of The Last of Us.

Hollywood Reporter confirms the project is progressing under the watch of Chernobyl’s Craig Mazin and the game’s writer Neil Druckmann, alongside PlayStation Productions, Word Games, and, of course, Naughty Dog.

“Craig and Neil are visionaries in a league of their own,” said HBO Programming executive VP Francesca Orsi. “With them at the helm alongside the incomparable Carolyn Strauss, this series is sure to resonate with both die-hard fans of The Last of Us games and newcomers to this genre-defining saga. We’re delighted to partner with Naughty Dog, Word Games, Sony and PlayStation to adapt this epic, powerfully immersive story.”

Though little else is currently known about the project, it appears the show will follow the events of the original game, with fourteen-year-old Ellie being smuggled out of the quarantine zone by Joel.

“We’re thrilled to be working with HBO and this fantastic creative team to bring The Last of Us series to life,” added Sony Pictures TV Studios president Jeff Frost and PlayStation Productions head Asad Qizilbash in a statement. “PlayStation’s innovative storytelling and ingenuity is a natural complement to SPT’s creative focus. Our collaboration is a great example of our ‘One Sony’ philosophy at work. We look forward to developing even more iconic game IP in the future.”

Mazin recently told the BBC that the show would include new material mixed in with re-imagined scenes taken from the two games in the series.

“Our goal is not to keep you in love with The Last of Us,” Mazin said, “but to make you fall in love with it again in a different way. It’s a passive way of taking it in, instead of playing it, but you’ll be experiencing more, with more characters in more ways. I think we’ve got something good going.

“If you have played the game, our intention is that you will watch the show and say ‘this has violated nothing of what I loved about the game, and what I witnessed in the game, but it has also brought me a whole lot more – things I did not know, really amazing things’.”

In related news, A new patch quietly dropped by Sony at the end of last month has improved the loading times of first-party PlayStation 4 games The Last of Us: Remastered and Until Dawn.

While previously it could take over a minute for the initial loading screen of TLOU to load, reports now show that loading has been cut to just 14 seconds. Until Dawn, on the other hand, has seen its loading screens all but eradicated entirely.