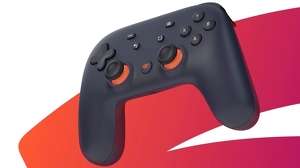 Just 14 months after Stadia’s high-profile launch, Google is embarking on a major rethink of its streaming service strategy, which will see it close down all internal game development and begin providing its tech to third-party publishers.

Stadia general manager Phil Harrison confirmed the closure of the company’s two internal game studios, based in Montreal and Los Angeles, in a new blog post, signalling an end to its console-like ambitions of creating flagship Stadia-exclusive titles to drive adoption of the platform.

“Creating best-in-class games from the ground up takes many years and significant investment, and the cost is going up exponentially,” explained Harrison of the decision. “Given our focus on building on the proven technology of Stadia as well as deepening our business partnerships, we’ve decided that we will not be investing further in bringing exclusive content from our internal development team SG&E, beyond any near-term planned games.”