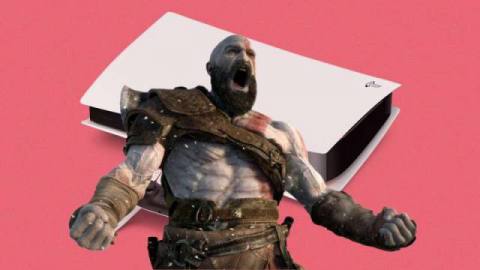 The new generation of gaming is officially here with the PlayStation 5 and Xbox Series X/S, and like every generation before it, fans are curious as to which upcoming adventures will be cross-generational, and which ones will be locked behind the latest consoles. With excitement mounting for the next step of the God of War franchise with Ragnarok, it’s natural that gamers would be curious as to which platforms the Sony exclusive will be available on. While we don’t have a direct answer, the evasion of the question at this time by Sony CEO Jim Ryan has some PS4 players worried.

In a recent interview with the Telegraph, Sony CEO Jim Ryan was asked directly if the upcoming God of War from Santa Monica Studios would be coming to both the PS5 and PS4 systems. Ryan opted into a non-answer for now, saying: “Sorry, I’ve got nothing to say about that today.”

While the non-answer may be disappointing, it’s not exactly unexpected. For a game that feels far off, a non-committal response is almost expected from the Sony camp. That, and the company hasn’t been shy in the past about mentioning its dedication to transitioning effectively into the latest generation.

“As we move towards the next-generation in 2020, one of our tasks — probably our main task — is to take that community and transition it from PlayStation 4 to PlayStation 5, and at a scale and pace that we’ve never delivered on before,” Ryan told GamesIndustry.biz last year (as noted by Kotaku).

God of War for the PlayStation 4 was an experience led by Santa Monica’s Cory Barlog and it beautifully breathed a new life into a beloved franchise. With Kratos now firmly rooted in his role as a father, the PS4 exclusive was a massive hit with a thrilling story and unforgiving combat. It was such a success, that fans were immediately clamoring for DLC or to learn of a sequel, and now we know one is on the way and slated for a 2021 launch!

It will be interesting to see how the story concludes between Kratos and Freya. Hopefully, both generations will be able to enjoy it, but PlayStation 4 fans should probably brace for the worst, just in case.

God of War Ragnarok is currently without a release date, but it is slated to launch sometime next year.