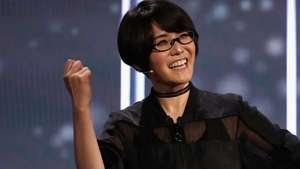 Ikumi Nakamura, the former Tango Gameworks lead designer who stole the show at Bethesda’s E3 2019 press conference, has set up her own indie studio.

Nakamura announced she had left Tango after a nine-year stint back in September 2019, prompting surprise from fans only months after her on-stage appearance. Since then, Nakamura has toured other studios and taken on freelance work – such as designing some creepy Rainbow Six Siege skins.

Now, in a 17-minute Cutscenes documentary, Nakamura has confirmed she has decided to open her own “small studio” and work on her own project as a creative director (thanks, Play Diaries).