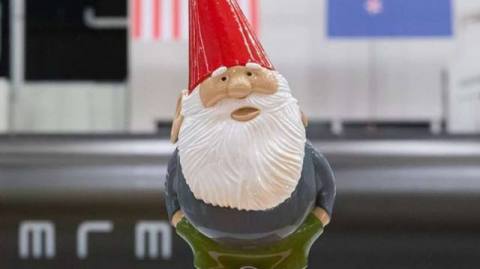 $1 being donated for every viewer.

Earlier this month Valve’s Gabe Newell announced he – alongside Weta Workshop and Rocket Lab – would be launching a garden gnome into space for charity, with $1 being donated for everyone that watches. And now the time has come to wave goodbye to Gnome Chompski, who is preparing for lift-off early tomorrow, 20th November, in the UK.

The whole affair is, of course, inspired by Half-Life 2: Episode 2’s Little Rocket Man achievement – still one of the finest achievements ever created – which required players to carry an otherwise innocuous garden gnome from the start of the game to a rocket ship near its end. This is not, as anyone who’s tried it will tell you, an easy task, thanks to the gnome’s infuriating tendency to randomly launch out of Episode 2’s open-top vehicles, courtesy of some exuberant physics.

Newell’s recreation of Gnome Chompski’s Episode 2 adventure thankfully skips to the end, and will see the iconic garden ornament – actually a 6-inch titanium recreation of Chompski created by Weta Workshop, in this instance – blast into space at 2.44pm NZT/1.44am in the UK on 20th November, which equates to 8.44pm EST on 19th November.

The launch event will be streamed on YouTube and, for every viewer that watches Chompski’s ascent into space online, either live or within 24 hours of blast-off, Newell will donate $1 to the Paediatric Intensive Care Unit of children’s hospital Starship, in Auckland, New Zealand.

Chompski will be hitching a ride on Rocket Lab’s Flight 16, whose primary objective is to launch 30 satellites into a sun-synchronous orbit. However, the gnome serves a dual purpose, and is also part of a mission to “test and qualify a novel 3D printing technique that could be employed for future spacecraft components” – one that will, regrettably, likely see him burn up on re-entry into Earth’s atmosphere during de-orbiting by design.