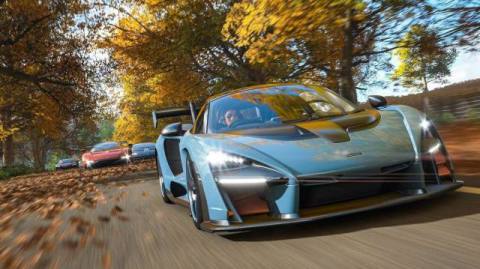 “I think we might get the next Forza Horizon game first and I think that might be coming this coming year.”

Forza Horizon 5 might not have been announced yet, but one journalist has gone on record to say we might get it ahead of the recently revealed Forza Motorsport, possibly as early as 2021.

In the podcast The Xbox Empire, GameBeat’s Jeff Grubb revealed that he suspects we “might get the next Forza Horizon game first” even though Playground Games has yet to confirm the game is in development.

“We saw Forza Motorsport get teased a few months ago [but] I think we might get the next Forza Horizon game first and I think that might be coming this coming year,” Grubb said (thanks, VGC). “They’re in a weird situation where for some reason Playground says it does seem like they may be ready to go first. I think I know the setting, but I’m going to let them announce it.”

As yet, there’s been no confirmation either way about the rumours, so all we can do is treat the claim with healthy scepticism, but as always, we’ll update just as soon as we know more.

“A couple of years back, we lauded excellent Xbox One, One X and PC versions – and loved the way that Microsoft’s enhanced console offered the option of 1080p60 racing, a first for the series. With the arrival of Xbox Series X and the junior S, 60fps is now the standard. Advantages for the new version are plain to see across the board, but surprisingly – and disappointingly – there are some visual cutbacks too.”