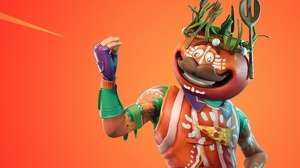 A trio of top Fortnite players was kicked from the game’s $3m Fortnite Champion Series (FNCS) tournament after one of the team tagged the game’s boss Donald Mustard in an aggressive tweet.

Wrigley and his teammates Dictate and Userz had just finished their sixth game in the tournament and were bottom of the table. Still, even finishing last would have guaranteed them some prize money after spending countless hours over the past season ensuring they would qualify.