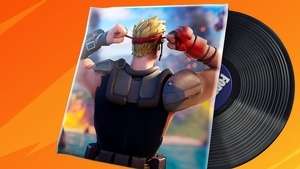 The Wild music track, which features the soundtrack from Fortnite’s recent Zero Crisis Finale event, was available to buy for several hours. It’s currently part of the game’s Chapter 2 Season 6 battle pass, as its tier 70 reward.

In over three years, Fortnite has never sold a battle pass reward separately via the game’s item shop – and doing so breaks a key promise made by Epic that battle pass items will never be placed on sale separately at a later date.