Fortnite: Chapter 2 Season 5 begins later this week, so let’s take a look at all the rumours we know about so far.

It’s time for a new Fortnite season, but details are still a bit thin on the ground regarding what we can expect from Fortnite: Chapter 2 Season 5. In the current season, you’ve been recruiting your favourite Marvel heroes as we waited patiently to face Galactus after he and Thor crash-landed on the Battle Royale map.

We expect there to be a shake-up of the map in Season 5 as Fortnite moves away from the Marvel theme and the new Fortnite Crew subscription will be available from December 2 onwards. There will be a new Battle Pass to complete and it looks like another Star Wars cross-over is happening.

The Fortnite Winterfest is no doubt returning this year as we head into the festive season where you’ll be able to unwrap some gifts from Epic and take part in some wintery challenges. Last year, the Winterfest began on December 18 so keep your eyes peeled for more updates. 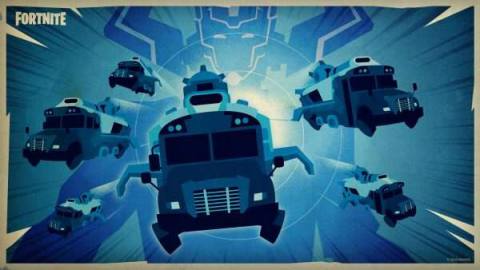 Epic Games is recommending that all players double-check they have downloaded the v14.60 update and to try and login 60 minutes before the event begins to ensure you can get in. The event playlist will go live 30 minutes before the start times mentioned below, so give yourself enough time to have everything installed, grab a drink and a snack, and settle in to watch the show.

Fortnite dataminers, such as Lucas7yoshi, have found files that confirm Galactus is going to be massive in size and could potentially end up in the water, though it’s hard to say if he’s been defeated or not.

his neck is above water and he is now very blatantly floating pic.twitter.com/gQCNlJL8AW

The Battle Bus is now filled with explosives and looks more like a rocket, and a tweet from the official Fortnite account suggests you’ll be flying it – probably directly into Galactus’ big face.

You do know how to drive the Battle Bus.. right?

After announcing the Fortnite Crew monthly subscription service, it was confirmed that Season 5 would begin on December 2. We might see a delay to December 3 as a new Fortnite season traditionally begins on a Thursday, but maybe we’re seeing a new trend.

Downtime is expected to begin around 8 am GMT/ 3 am ET/ 12 am PT and will last several hours. During that time, Fortnite will be offline and you won’t be able to log in. PS5 and Xbox Series X/S owners will also receive the new seasonal update at the same time but may find that the download size is much bigger to account for all that next-gen goodness. 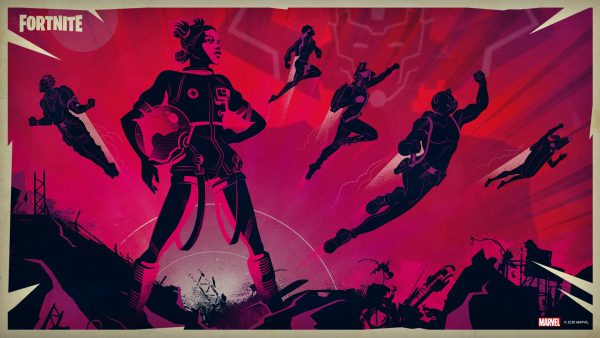 While it’s not clear what the Battle Pass theme is, there have been leaks that the special skin you’ll be chasing next season is the Mandalorian, complete with a Baby Yoda – or rather, Grogu – backbling. Much like Aquaman and Deadpool, you’ll need to complete various challenges to unlock the Mando and his wee green pal, so check back soon for guides. Thanks to VastBlastt for tweeting this out.

There’s already a promotion from Epic where you can get two months of Disney+ for free if you purchase V-Bucks or make any real money purchases in Fortnite, like packs. You have until December 31, 2020, to redeem this offer, so check out the link here for more info – but remember that it’s for new Disney+ subscribers only.

Fortnite is now available on the Xbox Series X and PS5 next week and you can check out all the next-gen improvements here.

You can find our guide for the Wolverine skin challenges here, as well as how to eliminate Stark Robots at Quinjet Patrol landing sites and all the map changes so far.

Here’s where you can find the Black Panther memorial at Panther’s Prowl and where to ride a motorboat under different coloured steel bridges.

You can also check out the Thor and She-Hulk Awakening challenges here.