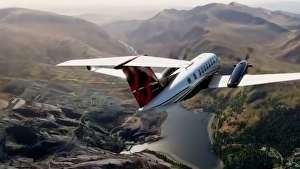 Flight Simulator’s eagerly awaited UK and Ireland overhaul is, as we learned last week, now due to arrive in the second week of February, and ahead of that launch, developer Asobo has shared the first in-game footage – and revealed the next part of the world to be getting the makeover treatment – in its latest developer livestream.

As far as the new airports go, there’s Barra, Land’s End, Liverpool, Manchester-Barton, and Out Skerries, and the new photogrammetry cities were previously confirmed as Birmingham, Bristol, Cambridge, Oxford, and London.