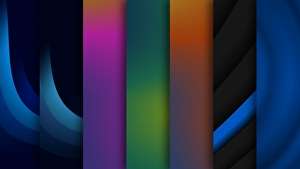 Xbox’s November system update began to roll out last night, making it the first major update to include the new Xbox Series X/S consoles alongside Xbox One. It introduces a couple of nice additions to the UI and dashboard: including more dynamic backgrounds, useful library tags, and the option for players to preload Game Pass titles.

If you want to jazz up your Xbox X/S dashboard, the new update gives you a further six new options, “including homages to previous generations of Xbox consoles and others based on popular profile themes”. It sounds like Xbox has plans to create even more dynamic backgrounds, so keep your eyes peeled for further designs in future updates.

Beyond just making the dashboard look pretty, the update adds some useful features such as Auto HDR tags, which can help players recognise when a game is running with Auto HDR enabled. For this, you’ll simply need to open the guide menu when the game is running, and a tag should appear on the top-right corner.