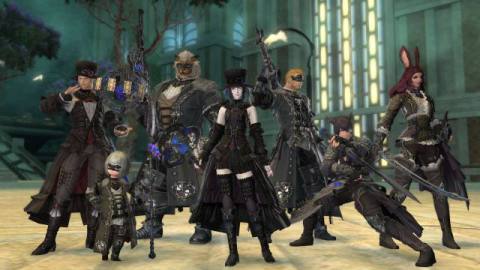 Final Fantasy XIV’s next update, the much-anticipated 5.4 patch called Futures Rewritten, will be released on December 8, 2020, according to Square Enix.

The upcoming patch is set to be a pretty significant one, introducing a plethora of new content to the game. Futures Rewritten, which was revealed in Final Fantasy XIV‘s latest Letter from the Producer stream, will bring new story content, a new raid, and more besides to the on-going MMO.

Futures Rewritten’s Raid has been revealed as Eden’s Promise, and will see players being invited by Ryne and Gaia to the Empty to investigate “whether life continues to flourish in the once-barren desert.”

If you need a bit more information about this upcoming update, you can catch some official blurbs below:

“Chronicles of a New Era – The Sorrow of Werlyt Updates – Players can continue their attempt to thwart the Empire’s warmachina development project alongside Gaius after vanquishing the Sapphire Weapon. However, newly unearthed information alludes to another foe lurking in the shadows: The Emerald Weapon.

“New Trial: Castrum Marinum – With the existence of a warmachina code-named ‘Emerald’ confirmed, it falls to Warriors of Light to spearhead a pre-emptive strike before this menace can be unleashed upon the world. Players can challenge Emerald Weapon in both normal and extreme difficulties.”

Elsewhere, the game will also be seeing a number of other significant updates, including the Blue Mage being updated to level 70; new content arrivng for the Blue Mages via old raids and trials, Explorer Mode for Shadowbringer dungeons, and more besides.

If this upcoming update isn’t enough for you to look forward to, don’t fret. Producer and director Naoki Yoshida has revealed that there’s yet another dedicated FFXIV livestream coming early in the new year, on February 6, 2021.

What will be revealed during that stream remains a mystery, however. If you need something to tide you over in the meantime, perhaps you can peruse the Final Fantasy XIV x Pusheen collaboration which is set to bring a set of new animated stickers to iMessage. Adorable.