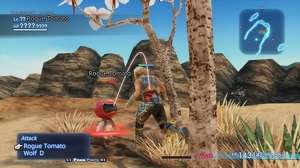 Microsoft has announced a raft of titles coming to Xbox Game Pass in February 2021.

The headline is Final Fantasy 12, the Japanese role-playing some (incorrectly) consider to be the best in Square Enix’s long-running series. It hits Xbox Game Pass on console and PC on 11th February.

This version is Final Fantasy 12 The Zodiac Age, the HD remaster that released on PC, PlayStation 4, Xbox One and Nintendo Switch in the late 2010s.