Fights in Tight Spaces was first pitched to me as a unique spin on the deckbuilding genre, an attempt to combine the complex strategy of games like Slay the Spire with the positional tactics of Into the Breach.

Obviously that’s quite an ambitious concept! Fights action movie-style theming really helped to tie those two aspects together, however. The core idea of, “What if you could make the key decisions in a tense fight scene?” underpinned the game’s early development and continues to inform its design direction. Plus, it’s always fun to smack some bad guys around – I thought that aspect could well bring in a wider audience who might not be immediately drawn to a strategy title.

Early on, the main design challenge was around given the player sufficient scope to move around without letting movement become wildly overpowered. This led to the creation of our combo system, which rewards the player with an additional resource for stringing attacks together successfully. This also unlocked a secondary strategic dimension: do you wait to build up combo for a powerful attack or take out an enemy early on to give yourself more space?

Dynamic enemy interactions are a big part of the game: shoving enemies, throwing them, stunning them and dodging their attacks enables you to play them off against each other and turn the situation to your advantage. You can choose to build your deck around this or focus more on striking and power: it’s very important to us that players can take a creative approach to solving problems.

Developing the metagame for Fights has involved some significant contributions from our community, who played early versions and were particularly adept at finding cheesy strategies to break the game early on! After some significant balancing work, we’re in a great place and looking forward to bringing the game to Xbox Game Preview and a wider audience. The game will continue to evolve over time and we’re excited to see where our community takes us.

You can check out Fights in Tight Spaces exclusively in Game Preview on Xbox One now, with an optimized version available via Smart Delivery on Xbox Series X|S. 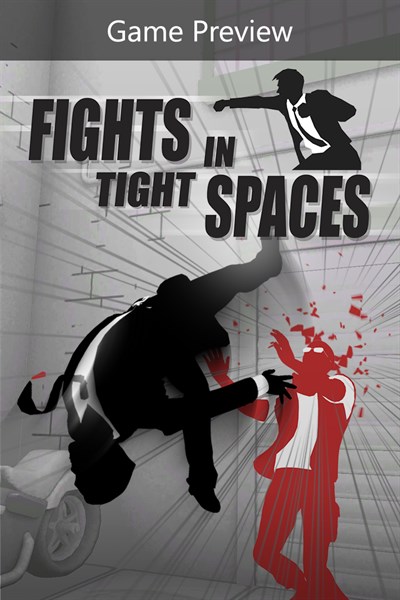 ☆☆☆☆☆
★★★★★
Xbox One X Enhanced
Free Trial
This game is a work in progress. It may or may not change over time or release as a final product. Purchase only if you are comfortable with the current state of the unfinished game. In an era where espionage is handled largely by data-packets being pored over by teams of analysts, Section Eleven’s approach is more hands-on, dealing with the sorts of criminal organisations who live and operate outside the realms of electronic communication. When the rest of the intelligence services have failed, they call Section Eleven.
As a Section Eleven agent it is your job to find direct solutions to emerging threats… largely by smashing people’s faces into things. The game blends deck-building, turn-based tactics, and thrilling animated fight sequences in classic action-movie settings. Learn to balance your hand, momentum, and positioning to overcome the odds to defeat your adversaries. Pick from over 150 cards as you build a deck to suit your play style and your opponents’. Encounter random events, acquire enhancements (or injuries), and make critical choices about how best to upgrade your agent for the fights ahead. Full details on the latest status of the game, how you can give feedback and report issues can be found at https://www.fightsintightspaces.com/.