As Nintendo has been reminding us this year, Super Mario Bros. is thirty-five years old. Shigeru Miyamoto’s classic has seen more than its fair share of re-releases, remasters and re-jigs over the decades and these days we’re really spoiled for choice when it comes to playing the quintessential 2D platformer.

Seeing a whole bunch of World 1-1s playing across multiple systems recently really brought home the sheer number of ways available to play the game, and also made us question just how many times we’ve bought it over the years. Nintendo knows what its doing with all these re-releases, that’s for sure!

With Super Mario Bros. 35 and the lgorgeousGame & Watch: Super Mario Bros. being the most recent opportunities to replay it, we delved into our libraries and memories to find all the versions of Super Mario Bros. we’ve played. What’s the best way to play the game these days? Does the authenticity of the 8-bit original played on a chunky CRT trump the convenience of the Nintendo Switch Online version? Do you prefer the 16-bit sheen of the All-Stars version? Do you have a soft spot for a lesser-loved handheld port?

That’s what we’re here to find out. Below you’ll find every official release of the game available to play. We’ve only included releases where you can play through every level (or a variant thereof) from start to finish, so you won’t find Super Mario Maker, nor the demos in Smash Bros. or the bite-sized chunks in the original NES Remix or that amiibo Tap compilation (remember that?). We’ve also omitted the super rare Nintendo World Championships cart which imposes a time limit and moves you on to Rad Racer once you’ve collected 50 coins. 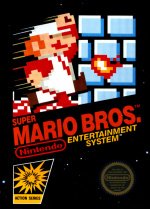 The original game with the original controller on the original system it was designed for. Say what you like about resolution improvements and mod cons, but it’s hard to beat the real McCoy. Whether it’s the original Famicom release or the NES version in the West, the world is filled with copies of this game, dog-eared and pristine alike. You’ll find it on compilation carts, too (with Duck Hunt, for instance), and it was one of the NES games on the PlayChoice-10 arcade cabinet (which we haven’t included here as it’s hardly widely available).

It’s Super Mario Bros., and we believe you’re required to own a copy in order to get your gamer licence. 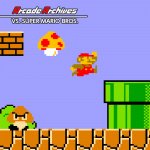 This arcade game, which remixes various elements of the game for a fresh, more challenging spin on the classic, was tough to track down until relatively recently when it came to Switch as part of Hamster’s Arcade Archives line. For the seasoned veteran, VS. Super Mario Bros. offers a spicy little alternative to the vanilla experience, with elements the West would later see in The Lost Levels and various other tweaks for arcade players.

The Japan-only Famicom Disk System was the system that hosted the proper sequel to Super Mario Bros., but it also got a version of the original game — a couple of versions, actually. The main version is largely identical to the original, although it boasts a totally different Minus World. Perhaps the more interesting curio is All Night Nippon Super Mario Bros., an altered version of the original game which remixes some levels and replaces various enemy sprites with Japanese DJs from the titular radio show. It’s a fun little variant that’s worth watching a video of, at least. 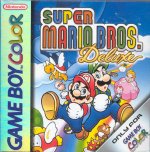 A special port for the Game Boy Color, Super Mario Bros. Deluxe offered not only a great version of the original game, but also a port of The Lost Levels, plus some bespoke coin collecting challenges and mini-games to enjoy which makes it a fine portable way to play the game.

One thing that inexplicably sticks in our memories is the Calendar — the ability to look into the dim and distant future and magically find out that, for example, 28th November 2020 would be a Saturday felt like witchcraft back in those pre-millennium days. Or it did to us. Perhaps we’d melted our brain a bit by playing too much Super Mario Bros. in the back of the car.

Probably the most obscure and convoluted way to play on this list, Super Mario Bros. is tucked away inside every copy of Animal Crossing for GameCube. Problem is that although other NES games are accessible, you’ll need an Action Replay to unlock it — it’s not obtainable by any legitimate means otherwise. It may have been a planned addition to the Nintendo e-Reader ranger unlocked via the Game Boy Advance peripheral.

Still, Super Mario Bros. is locked away (along with The Legend of Zelda) on every one of those cute little discs and is totally playable if you’ve got the tools to unlock them. It also represents the only way to play the game (semi-officially) on GameCube.

This serviceable port for the Game Boy Advance stretches and squashes the image to fit on the console’s wider screen and, as such — however well the base gameplay holds up — it feels suboptimal. Overall, it’s a fair version on a spectacular little console, but this would be low on our personal list.

Super NES owners got a bumper treat of NES classics in one package in the original Super Mario All-Stars. Each one was given a 16-bit lick of paint, too, plus some gameplay tweaks. If you grew up playing the originals, the minor differences here will feel much more significant, and while we can admire the collection, this remaster doesn’t quite feel ‘right’. On the other hand, this is the way many players first experienced those games. Different strokes.

This game was re-released on Wii as the Super Mario All-Stars 25th Anniversary Edition, and is even more easily accessible nowadays as part of a Nintendo Switch Online subscription.

The arrival of the Virtual Console on Wii sparked renewed interest in Nintendo’s back catalogue and offered a convenient way to buy and play the classics once again, spearheaded by Super Mario Bros. of course. According to VGSales, only Super Mario Bros. 3 sold more digital copies than this on Wii, and approximately 660,000 of you have this sitting on your dusty little Wii. Unfortunately for the rest of you, the Wii Shop has long since closed its doors so you can’t buy it anymore.

Chin up, though — Super Mario Bros. is available on one or two other platforms, we hear.

Made available for free as part of the Ambassador Program for early adopters of the console, Super Mario Bros. on 3DS is… well, it’s Super Mario Bros. on 3DS, isn’t it? You get your save states (sorry, ‘restore points’) but otherwise it’s the same great game on another family of systems. The 3DS library is bulging with its own golden goodies, but you can never have too many great games.

Aside from looking a bit dark, the Wii U Virtual Console version does what you expect. You can remap the buttons and play on the Wii U Gamepad (and make use of save states, of course) but otherwise it’s just a solid version of the game.

Just when you were starting to get bored of the most seminal of video games (for shame!), Luigi arrives to shake you up with a remix. Super Luigi Bros. is a mode in NES Remix 2 which enables you to play through the entire original game in reverse. That might not sound like much, but after running from left to right for decades, muscle memory makes doing it backwards feel totally different.

Ultimate NES Remix for the 3DS offered the entire game again, although this time running at double regular speed. Gameplay-wise, it’s the same old story, but Speed Mario Bros. adds another welcome spin on a game we’ve played to death.

Can you imagine if Nintendo somehow left this game off the NES Classic Mini? No, it’s unthinkable, even for a company known for making some odd decisions. This one offers decent emulation of the game along with that classic pad feel and the convenience of a tiny console that connects easily to modern TVs. Not a bad way to play at all.

The easiest way for Switch owners to take another run through the Mushroom Kingdom, the Nintendo Switch Online release enables you to rewind the action whenever you miss a jump or absentmindedly wander into a Goomba’s path, plus you get all the save states and mod cons you’d expect. You can even play with the wireless NES controllers for added authenticity. It’s also much easier to appreciate just how much the designers of Super Mario Maker 2 tweaked the physics in the SMB Game Style (as you could with the original Super Mario Maker on Wii U).

Switch owners also have the option to play the All-Stars remaster, of course. 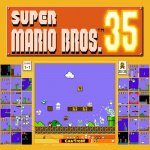 Super Mario Bros. 35 is Nintendo’s limited-time celebration of the game’s 35th anniversary, and while the main game sees you battling thirty-four other people as you make your way through the game and send defeated enemies to other players’ worlds, Course Practice lets you play through the Worlds (albeit individually) without any of the multiplayer aspects.

Is it the best way to play the full game? Probably not, but it’s another option for you. That is until it disappears at the end of March 2021.

There was a Super Mario Bros. Game & Watch back in the day, of course, although it beared no resemblance to the NES game. This new Game & Watch: Super Mario Bros., though, serves up a bespoke way to play the classic on its very own little handheld device, with some added extras like an alarm clock that fits the spirit of the original Game & Watch line.

The resolution of the little LCD screen might not be perfect, but it’s hard to dislike this gorgeous, celebratory little machine.

So, that’s our round up of all the official ways to play Super Mario Bros., but which do you think is the best? Do you need that classic NES pad? Does the ability to rewind mistake improve the experience? We’ve always had a a lot of time for the Deluxe version on Game Boy Color, but does the reduced screen size count against it?

Take a look at the list below, choose up to three of your favourite ways to play Super Mario Bros. today, hit the ‘Vote’ button and we’ll find out your cumulative thoughts on how best to revisit this classic in the modern era.

The result you expected? Furious that Super Mario Bros. Special for the NEC PC-8801 or the Satellaview’s BS Super Mario Collection wasn’t included? Think we’ve missed a vital (official) method of playing the game? Feel free to share your thoughts on the various versions with a carefully crafted comment below. And there’s always our ranked list of the best Super Mario games ever, if you can’t get enough of the plumber’s antics.