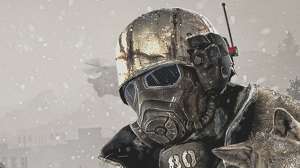 Fallout: the Frontier is one of the biggest and most-anticipated Fallout: New Vegas mods ever made, yet since its release on 15th January, the mod has found itself at the centre of several controversies.

After some criticised the mod’s writing for “fetishy” and inappropriate content, one of the developers was accused of posting “inappropriate content involving anthropomorphic minors,” resulting in the mod’s temporary removal from Nexus Mods. The mod is now back online, but not only has the expelled developer’s work been removed, it seems a number of other contributors have also pulled their content.

According to a post from project lead tgspy, “multiple characters’ worth of voice acting” has been removed from the mod after contributors “requested that they not be associated with the project going forward”. Beyond this, some artists have asked for their content to be removed, while the music for the “breach outreach” radio station has also been removed at the request of the composer. So while the mod is once again downloadable, you may notice a few missing voice lines – something the team is apparently looking to replace in the near future.