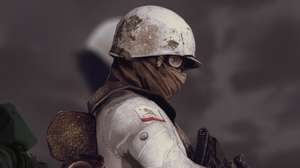 It’s one of the biggest Fallout: New Vegas mods of all time, but Fallout: The Frontier has had a seriously rocky launch since it released on 15th January. After crashing Nexus Mods on launch day and racking up 82k unique downloads, Fallout: The Frontier started to face accusations it was secretly a “fetish mod” – with critics highlighting a number of questionable moments from the mod as examples. Last night, things escalated rather dramatically, as one of the mod developers was ejected from the team for allegedly posting “animated paedophilic content”. A few hours later, the entire mod was taken offline.

At 9:19pm, an announcement was made on the mod’s Discord explaining that a member of the development team had shared “deeply disturbing” paedophilic content on their personal artist accounts. This individual was removed from the team, but the troubles didn’t end there: as word got out about the controversy the mod’s Discord was “raided” by 4Chan users, resulting in the shutdown of all chat channels as the dev team struggled to moderate the influx of new users.

By the early hours of the morning, project lead Thomas “tygpsy” posted a message on behalf of the dev team to address the situation, explaining that a number of controversial lines in the mod have been removed, along with all the content made by the expelled developer. “We have received requests to remove some content provided to us by artists and voice actors, so we will be complying with these requests,” tygpsy added. “I will be pushing a final build to [Nexus Mods] and waiting for the steam build to be accepted. This will be the final official build pushed for The Frontier.