Today, longtime fans can experience a new entry in the long-running Yakuza series with the release of Yakuza: Like a Dragon, which introduces a new protagonist and several new gameplay features alongside many of the series’ mainstays. But what if someone has never played a Yakuza game before? Would this entry point be too high of a hill to climb? What’s with all the arcade games? To answer these questions and more, we thought it would be great to pair our resident Yakuza expert Jeff Rubenstein and Yakuza newcomer Mike Nelson and have them share their impressions on this critically acclaimed game.

Mike “Yakuza Noob” Nelson: Okay, I’ve taken my first steps into the world of Yakuza: Like a Dragon – and I really like it! I’ve never played a Yakuza game before so I’m going in with fresh eyes and an open mind. What struck me was the high level of detail in the city and how that carries through wherever you explore, from rooftops, to shops, and the Sega Arcade. But it also feels like the game has yet to let me start playing it.

Outside of a few combat opportunities and one “dungeon” run, I’ve mostly been watching and reading (playing with Japanese VO). Is it like this for all Yakuza games? When does it let me loose to start running around Yokohama? I just got to Chapter 3, and it still feels like I’m playing a tutorial. Let me run around already!

Jeff Rubenstein, Patriarch of the Rubenstein Family, an Xbox Clan Subsidiary: Haha, this is par for the course — Yakuza games are heavy on narrative (and us fans love that). These games don’t always make it clear that you’re free to roam; if you consistently make a beeline for the next objective, you’ll only see a fraction of what the game has to offer. I strongly suggest you keep an eye out for chat icons that regularly show up on the map; they lead to sub-stories that give you a much better flavor for the city and its residents.

Yakuza open worlds aren’t the largest in gaming, but they are richly detailed and filled with interesting characters. BTW, I was pleased that early chapters of YLaD take place in series mainstay locale Kamurocho, allowing me to see how that part of Tokyo has evolved. I’ve come to know every street and alley in that neighborhood, as so many hold meaningful memories.

Mike: I meant to have one more note on the detail, and that’s about the restaurants and cafes. I walk in there and I want to order all the things and eat all the bento boxes. The walls of colorful beverages make me thirsty. I know they are designed to help your character through their quest, to regain HP and MP. But do they have to make me feel so dang hungry?!

Jeff: You’re right on there – the most memorable parts of my visits to Japan are gastronomic in nature, and Yakuza captures that so perfectly. The wide choice and depiction of food on offer, the Boss Coffee vending machines on every block, even the chime when you enter a Poppo convenience store. I can almost smell the oden.

Let’s just say I’ve been visiting our neighborhood izakaya far more often since I got into the Yakuza series this year. I’m curious, Mike – as a series newcomer, what do you think about the game’s very different take on JRPGs?

Mike: I really like this turn-based combat mechanic where I’m blocking attacks, kicking objects at the enemies, cycling through items mid-fight… it’s very JRPG battle influenced, which I dig. Is this combat style a staple for the Yakuza series? If so, I’ve got some games to add to my backlog.

Jeff: No and yes. Much has made its way from earlier Yakuza titles; familiar animations and music tracks, guzzling energy drinks for mid-battle boosts, and fighting with whatever is at hand (bikes, traffic cones). But those games are button-mashing action brawlers, dependent on solid timing and a fair amount of endurance. You get a taste of that during the many QTEs to boost your Skill attacks or try to perfect your block timing (which I really enjoyed). Even the ‘summons’ call back to the special character actions from Yakuza Kiwami 2. That said, this is a Yakuza-fied proper turn-based RPG, and… it somehow works! What’s your take on new hero Ichiban Kasuga?

Mike: Kasuga is turning into a fascinatingly flawed, prideful, but honorable hero and I have liked his journey so far in what I’ve played through the game’s first three chapters. But going in I had assumed I would be playing as someone that’s more stoic, cold, calculated… What’s the deal here?

Jeff: Stoic, cool… sounds a lot like Kazuma Kiryu, the unflappable, impeccably-dressed hero of the Yakuza series up til this point (you should definitely check those out via Xbox Game Pass). Ichiban is a lot different from Kiryu, but they have something in common: a firm sense of right and wrong, and zero hesitation to do the right thing, even at great personal cost.

One thing that’s defining who Ichiban is to me is the excellent performance of Kaiji Tang, who we spoke to a few weeks back. As a Yakuza purist (if there is such a thing), I can’t believe I’m playing with English VO, and yet… it’s excellent! In addition to Tang’s Kasuga, George Takei’s performance as a wise and world-weary Masumi Arakawa often sticks with me even after ending my play session for the day.

Mike: Is it supposed to be serious? Or… not? I can’t figure out the tone of the game. Sometimes it’s downright cold… then silly and heartwarming… then a dramatic shift to mature drama. What’s the deal here?

Jeff: Like salted caramel or chicken and waffles, Yakuza’s two very different flavors come together in a delicious harmony. While you quickly learn how Kasuga will act in a crisis, his reactions to the crazy situations you end up in the game’s many sub-stories actually shed light into who he is as a person. The fact that you don’t just unlock extra XP, but new abilities and summons this time out, make these diversions more important than ever before. Also, they’re ridiculous and fun in a way that is vintage Yakuza. Speaking of fun, have you availed yourself of any of Yokohama’s many diversions?

Mike: I’m spending too much time at the Sega Arcade. Help! I love running here and playing Space Harrior, Outrun, and others. It’s a nice element that of “living” in the world of YLaD. Can I expect more of this later in the game and/or in the other games in the series?

Jeff: Of course – one of the interesting things as you play through the Yakuza series, some of which take place in the 80s, the 90s, and into this century, you see the setting evolve, and that means – among many other things – different games in the arcade. I spent a bit too much time playing Virtua Fighter 2 in Yakuza Kiwami 2. Even when someone is trying to blow up the city, there’s always time to go another round!

Mike: I just wanted to touch on one more thing here and that’s the high degree of polish, from presentation, to controls, to voice acting, to the depth of the RPG mechanics… this game feels like a flawless experience (so far). And graphically, it looks amazing. I can’t wait to transfer my saves via Smart Delivery to Xbox Series X. I know you’ve played most, if not all the series, and we’re both still early in the adventure, but how does Yakuza: Like a Dragon stack up to the other entries here?

Jeff: As one of the launch games for the new generation of gaming, Yakuza Like a Dragon is the smoothest looking and feeling Yakuza game to date. And load times… you’ll see, but there’s not enough time to even read the tips on those screens!

Mike, I’m glad you not only played your first Yakuza game but proved to me that Yakuza Like a Dragon makes for a strong entry point into the series. Once you’ve tied a bow on the game, be sure check out Yakuza 0 to see how Kiryu’s story begins. What’s funny is, it may seem unusual to you that the game *isn’t* an RPG. It just works!

☆☆☆☆☆
★★★★★
RISE LIKE A DRAGON Ichiban Kasuga, a low-ranking grunt of a low-ranking yakuza family in Tokyo, faces an 18-year prison sentence after taking the fall for a crime he didn’t commit. Never losing faith, he loyally serves his time and returns to society to discover that no one was waiting for him on the outside, and his clan has been destroyed by the man he respected most. Confused and alone, he embarks on a mission to discover the truth behind his family’s betrayal and take his life back, becoming an unlikely hero for the city’s outcasts on his journey. LEVEL UP FROM UNDERDOG TO DRAGON IN DYNAMIC RPG COMBAT Experience dynamic RPG combat like none other. Switch between 19 unique Jobs ranging from Bodyguard to Musician, and use the battlefield as your weapon. Take up bats, umbrellas, bikes, street signs, and everything else at your disposal to crack some skulls! ENTER THE UNDERWORLD PLAYGROUND When you’re not busy bashing heads, relax by hitting up the local arcade for some classic SEGA games, compete with locals in a no holds barred go-kart race around Yokohama, complete 50 unique substories, or just take in the scenery of a modern-day Japanese city. There’s always something new around the corner. Russian and Brazilian Portuguese subtitles available in early 2021 via patch update. 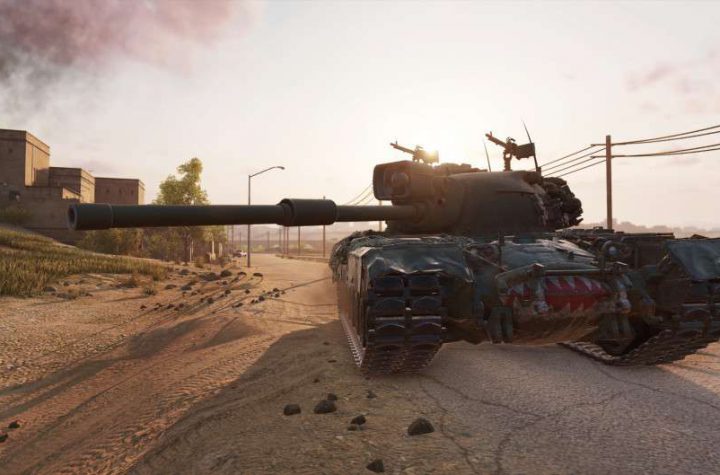 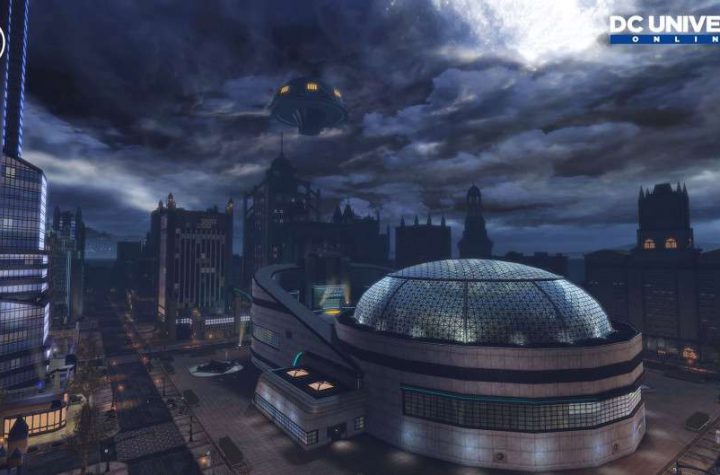 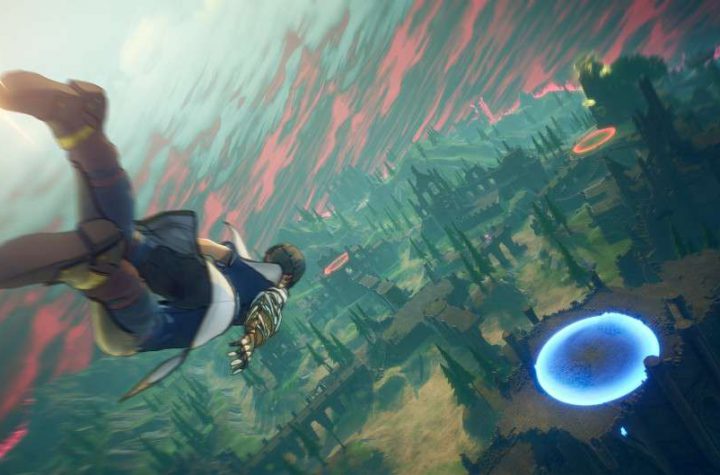