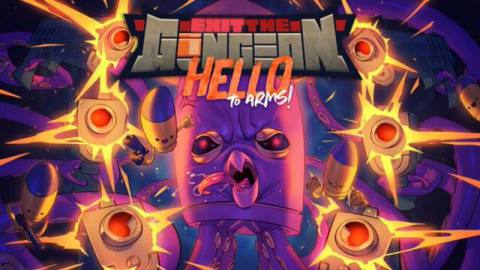 The elevator action game Exit the Gungeon will be receiving a brand new update later this week. The ‘Hello to Arms’ update adds new guns and items, a new Arsenal mode, new shop hubs and much more.

This bullet hell dungeon climber will be arriving on Switch and multiple other platforms on 13th November.

Exit the Gungeon: Hello to Arms hits this Friday including the launch on PlayStation 4 and Xbox One!— Enter/Exit the Gungeon (@DodgeRollGames) November 9, 2020

This game, as you might already know, is the follow-up to Enter the Gungeon. In our review, we awarded the sequel seven out of ten stars and said it was a finely honed action-platformer that adds a new dimension to the blasting and dodge rolling in the first game.

Will you be revisiting this game later this week? Comment below.