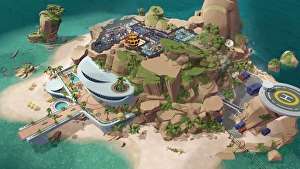 Evil Genius 2: World Domination, the Rebellion-developed sequel to Elixir Studios’ cult-classic management sim, finally comes to PC on 30th March – and in the run-up to release, Rebellion has shared early details of its post-launch content plans.

For those needing a quick refresher, the original Evil Genius released back in 2004 (its developer, Elixir Studios, was founded by former Lionhead and Bullfrog alumni Demis Hassabis), casting players as international supervillains intent on global domination.

In the broadest of terms, it’s a game of base building and minion management, giving players the tools needed to carve out an underground lair for their villainous machinations and defend it from do-gooders determined to thwart their evil schemes. There’s quite a lot more to it than that of course, and some of its nuances are detailed in Rebellion’s entertaining new trailer below.