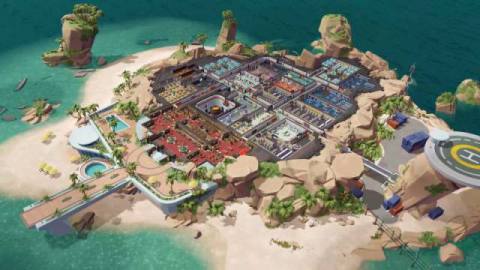 If you’ve been desperate to take over the world on your own terms, Rebellion Games has you covered. In fact, World Domination just so happens to be the name of the game … literally. Evil Genius 2: World Domination puts you in the shoes of one of four maniacal masterminds as you build up your evil lair, train your minions, stop unwanted intruders, and, eventually, take over the world with the help of your Doomsday Device. Today, Rebellion Games let us know that May 30 is when we’ll be able to chart our path to snatching control of the Earth away from the powers that be.

Evil Genius 2: World Domination lets you select from four different playable characters: Max, a narcissist with a well-rounded playstyle; Ivan, a muscle-bound madman; Emma, a master manipulator and former spy; or Zalika, a science-heavy zealot. Based on the character you choose, your options, playstyle, and even story change. If that’s not enough customization, you can also choose from three island locations on which to build your supervillain headquarters. Each island features its own gameplay challenges.

Once you get down to brass tacks and start building your lair, vastly updated controls allow you to build multi-floor lairs with ease. If you’re worried about do-gooder spies from the Forces of Justice infiltrating your lair (and you should be worried!), new rooms, henchmen, traps, and more can be placed however you see fit to try and catch those who would dare attempt to thwart you.

Of course, you can’t dominate the world if your entire operation is contained to one little island. You can send henchmen and minions on missions across the globe to gain influence and control over different regions. By completing various schemes and heists, you can expand your criminal network and steal valuable loot.

Check out the new release-date announcement trailer below and get ready claim the world for your own.