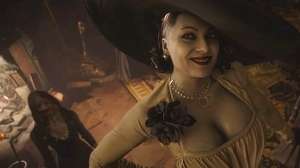 Tonight’s Resident Evil showcase was heavy on news about the upcoming Resident Evil Village, which was announced for release on 7th May 2021.

As well as PC, PlayStation 5 and Xbox Series S/X, Village will also be released on the same date for PlayStation 4 and Xbox One, Capcom confirmed (which had been uncertain until now).

Excitingly, PS5 owners can play a non-combat demo set in Village’s castle area from tonight. This slice stars a new character named The Maiden trying to escape the area, and is designed to show off the game’s visuals, atmosphere and environmental detail.