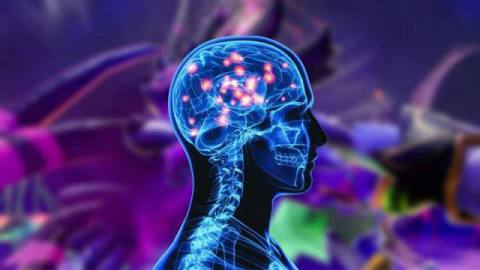 Balan Wonderworld arrives tomorrow from Square Enix, but early footage has me incredibly worried about one vital scene. The scene in question has so many neurological triggers, that even non-epileptics are at risk.

My notifications lit up on Thursday night with Game Informer readers tagging me in a video where the boss fight can be seen. Following my coverage of Cyberpunk 2077 and my more generalized PSA about epileptics and how to safely navigate all forms of entertainment, they were thoughtful enough to consider me and a scene that could be dangerous. What they failed to realize is that it’s not just dangerous to photo-sensitive epileptics; it’s dangerous to everyone.

When I first began watching the scene, which you can view in the video below at the 12:40 mark (but I highly advise against it or to use caution), I immediately had to shut it off. Instantly, my right side dropped, and I could feel the onset of an episode. I stepped away. I did my usual “checkup” on myself, I donned safer tech settings (seen here), and I looked again, this time at a slower speed to negate the rapid-fire effect that I know is a trigger. What I saw – I hope- is simply a pre-launch glitch because if this scene was intended, my concern is that there were safety checks cut. I can’t imagine how this possibly passed the necessary safety certification process if this were intended.

Epileptic warning: The below video contains footage that is potentially triggering for those with epileptic tendencies

The scene above is not just using flashing effects, it rapid-fires a series of white on background flashes. The quick succession is instantly dangerous, and because of that, I made a PSA on social media to give a warning. Since that tweet went live, I’ve had numerous people reach out, including developers and other QA devs, saying that they aren’t even epileptic, but they felt “odd” after watching. My husband, who had no prior issues with epilepsy or neurological triggers, complained of feeling dizzy before he threw up. Several others reported the same.

I’m in contact with a Square Enix representative at this time to see what the next steps are here. In the meantime, anyone picking up Balan Wonderworld should be very cautious before encountering the final boss fight.