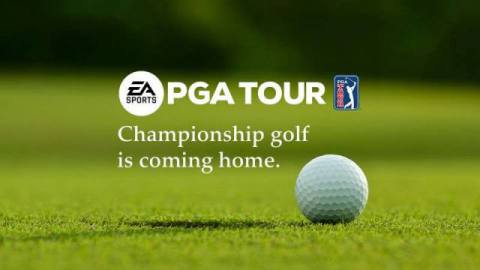 EA has pulled the curtain back on it’s new golf title, EA Sports PGA Tour. The game is billed as a next-gen golf experience and is the result of a new, long-term deal between the publisher and the PGA Tour.

There isn’t a ton of info about the title as of yet. The press release does mention features such as building a virtual career and that players will compete on several of the “world’s most famous courses”. Events include The Players Championship and the FedExCup Playoffs.

EA’s Tibruron studio in Orlando, FL is developing EA Sports PGA Tour. The game is being made using the Frostbite engine which will, in EA’s words, offer “stunning fidelity, breathtaking immersive environments, and approachable, dynamic gameplay.”

“EA Sports and the PGA Tour have created some of the most memorable golf video game experiences together, and we couldn’t be more excited to expand our sports portfolio with a new golf title on next-gen hardware,” said Cam Weber, EVP & GM, EA Sports in the press release. “Our team of passionate golf fans is meticulously recreating the world’s top courses such as Pebble Beach, and we can’t wait to give fans the opportunity to compete on some of the most iconic PGA TOUR courses and win the FedExCup.”

EA promises to share more news, such as a release date, in the coming months.

The game serves as a comeback to the sport for EA. The series began in 1990 before being branded as Tiger Woods’ PGA Tour beginning in 1998. Tiger graced every cover until 2013, when EA ended their partnership with Woods in favor of another top golfer, Rory McIlroy. The PGA Tour game branded under his name released in 2015 to a tepid reception. Interestingly enough, this new game is the first time the series has lacked a cover athlete since PGA Tour 98.

Since Rory McIlroy’s PGA Tour launched, 2K Games’ The Golf Club franchise eventually morphed into a new PGA Tour Series. The most recent game is PGA Tour 2K21, which launched last fall. That partnership seems to have come to an end. All in all, this news is not unlike the one announcing EA’s return to college football earlier this year (even the promotional art is identical).

What do you make of EA getting back into golf, and what do you want from a new-gen golf experience? Share your thoughts in the comments.