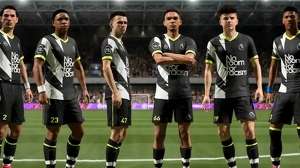 In early March, EA issued a lifetime ban to a FIFA Ultimate Team player who racially abused Arsenal football legend Ian Wright on social media. EA was praised for taking a strong stance against the former player, and Wright himself applauded the company’s actions, saying: “they stepped up for me.”

“We are committed to continuing our work in positive play, through actions that will make our communities fun, fair, and safe for everyone,” EA said at the time.

Despite EA’s welcome efforts here, its FIFA game is far from free from racist behaviour. And while it’s the controversial Ultimate Team mode that often grabs the headlines, a Eurogamer investigation has found extensive racist user generated content in another online mode that flies under the radar: Pro Clubs.