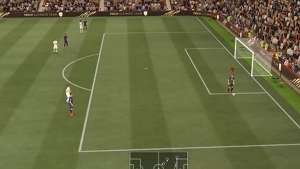 EA has patched a popular glitch in FIFA 21’s Squad Battles mode that let people put their pad down to win matches.

FIFA 21’s ninth title update, available now for the PC version and set for consoles soon, scrubs the glitch that had been made popular after it emerged on Reddit.

Here’s how the glitch worked: in any Squad Battles match, score a goal, then make sure all the players on your opponent’s team are in their own half by passing the ball about. Then, pass the ball back to your goalkeeper. With your keeper in possession, aim towards the corner flag and tap the pass button so your keeper passes the ball into space before running over to trap the ball.