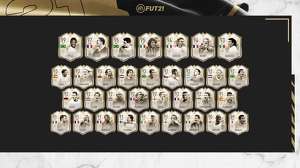 EA has suspended all discretionary content granting indefinitely amid the ongoing “EA Gate” scandal that has rocked the FIFA series.

Earlier this week Eurogamer reported on how the FIFA community had unearthed direct messages that appeared to show an EA employee selling coveted Ultimate Team cards for thousands of pounds on the black market.