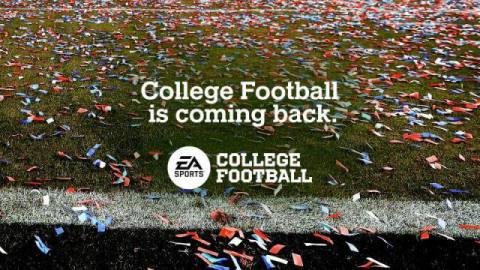 It’s been seven years since EA Sports’ last NCAA Football game. Following a 2014 ruling that prohibited college athletes from getting compensated for their likenesses, EA’s popular college football franchise was halted indefinitely. A new announcement, however, has unveiled some exciting news for fans who have been waiting to take to the collegiate gridiron once again. NCAA Football is coming back, except under a new name: EA Sports College Football.

In an interview with ESPN, EA Sports VP and GM Daryl Holt talked about the reason behind the franchise name change, “EA Sports College Football gives us a name and a brand to kind of work around for some things that might evolve as well as what we’re focusing on really out of the gate, which is really the FBS Division I schools and the road to the College Football Playoff and college football championship.”

Additionally, in a recent press release, EA Sports’ EVP (not to be confused with VP) and GM Cam Weber stated, “We’ve heard from the millions of passionate fans requesting the return of college football video games. We love the energy, tradition and pageantry of college football and I am beyond thrilled to say we are back in development. We have a lot of really exciting work ahead of us, and a great team that is eager to bring a new game to players in the next couple of years.”

Despite development still being in its early stages, NCAA Football and Madden studio EA Tiburon will be helming the process. EA has partnered with a collegiate licensing company called CLC to gain access to over 100 FBS schools, including each school’s traditions, uniforms, and playbooks. Team rosters will still be devoid of student likeness, but EA Sports will be continuing to watch any developments to likeness rulings.

While it’s safe to assume that large-scale events like the National Championship or potentially other well-known bowl games will make appearances, there has been no word on any new or returning game modes from the previous NCAA series. A launch date is likely faroff, but fans can rest assured that a new college football experience is in the works. 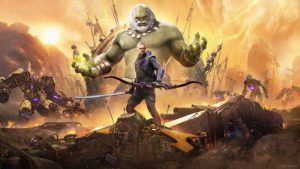