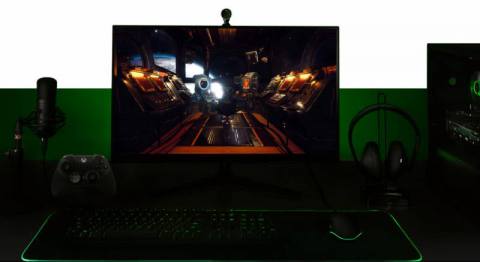 Now that EA Play is on Xbox Game Pass for PC, there are over 60 new titles to dive right into and enjoy. For those looking for something new to play, we’ve got a few recommendations that could be your next great gaming adventure.

What should I play on Xbox Game Pass on PC?

There are tons of amazing titles to pick up on Xbox Game Pass, especially so with the recent ZeniMax acquisition by Microsoft. That being said, it can be a little hard deciding exactly which game should come first. So let’s do it Lucio-style and break it down. 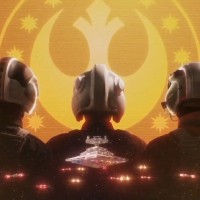 Star Wars: Squadrons is set after the events in Return of the Jedi, and the second iteration of the Death Star has gone kaput. With the Empire and Rebel forces once more at each other’s throats, Squadrons gives players a chance to feel like a real pilot in a galaxy far, far away. It’s pretty awesome, and even better if you have VR!

Our editor-in-chief, Andrew Reiner, recently reviewed the game, saying: “Squadrons’ single-player may fizzle out frequently like a malfunctioning hyperdrive motivator, but the multiplayer continually impresses and is worth the price of entry alone. Flying in formation with a group of friends put a smile on my face, and that was just the calm before the storm. When the lasers start flying, Squadrons’ multiplayer can be nothing short of exhilarating and a great test of skill, pushing players to be clever in the cockpit to outthink and outmaneuver opponents. Given just how enjoyable it is to pilot an X-Wing or TIE Fighter, this is a multiplayer experience I will continually go back to, even if EA doesn’t support it with new content. It’s just fun to play, providing something different compared to most of today’s competitive games.”

Seriously! Give it a go, even if this style of game isn’t your usual go-to. It’s fun! 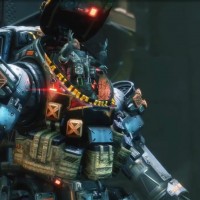 Deserves so much more love than it got

While the first Titanfall missed the mark with its online-only option (though that wall-running was a thing of beauty), its sequel absolutely knocked the FPS experience out of the park. You still have the competitive online play that the first game had, but Titanfall 2 also offers a stunning single-player adventure that had a lot of heart and more depth than anyone was expecting.

If you play Apex Legends, that’s another reason to play this game! Respawn’s popular battle royale title is set within this universe!

“In an era where it feels like the majority of shooters either have single-player or multiplayer tacked on, Titanfall 2 is the full package,” reads our full review. “The top-tier campaign has nearly perfect pacing, and the subtle revisions and additions to the multiplayer make it better than ever. For first-person shooter fans, Titanfall 2 is a must-play.” 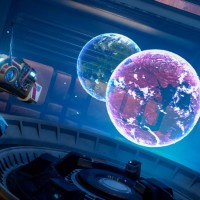 Okay, I know it’s more Star Wars, but hear me out

Fallen Order fits into the overall Star Wars universe following Revenge of the Sith‘s events, when it was very much the world against the Jedi. Cal is joined by quite a few companions, including Cere and Greez, and that companionship seen throughout my time with the game creates a truly organic Star Wars feel. Greez is a hilarious Latero that is very much that sidekick with the witty one-liners and a lovable grandpa feel.

This single-player adventure was a massive hit, and its success showed EA that there is still a lot of love (which means a lot of money to be made, from a business perspective) for solo adventures. This game’s praise has positively shaped the future of EA titles, especially for those that are burnt out on multiplayer-only experiences.

From our review of the game: “Despite these numerous little problems, Respawn’s maiden voyage with Star Wars is largely a success. I couldn’t put this game down, both for the thrill of exploring and wanting to see where the story took me next. The inspirations are taken from Dark Souls, Uncharted, and Metroid Prime unite to create something unique that happens to work incredibly well for this beloved license. Like most starships in this universe, Jedi: Fallen Order could use a little polish, but the rust doesn’t hold it back from roaring with excitement.” 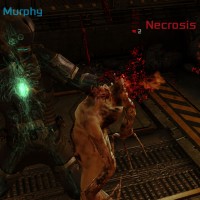 The entire Dead Space trilogy is available on Xbox Game Pass for PC, and while I can’t enjoy them the way I used to for medical reasons, I still can’t bury that deep love I have for this iconic horror experience. There’s death, there’s destruction, there is total mayhem. And it’s all in space? What more do you need to know?

“As long as mankind has existed, our base instincts have included survival and tool creation,” reads the Game Informer review. “Visceral Games’ latest entry in its acclaimed horror franchise expertly taps into these core desires. Players still creep through dim corridors while blasting limbs off alien zombies, but the scope of survival has expanded. What you bring to battle is completely up to you, thanks to the deep weapon-crafting system. Protagonist Issac Clarke can also suit up with a buddy, this time in a two-player co-op. These features culminate into one of the most rewarding video games I’ve ever played.” 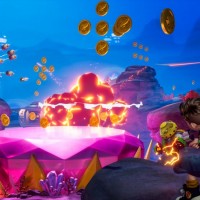 Rocket Arena is a must-play for one simple reason: It’s an excellent stress reliever. This 3v3 shooter is constantly on the go, which makes utilizing the unique rockets and abilities incredibly fun when facing off against enemy players. Much like Overwatch, there is a unique roster of characters with their own personalities, which adds a nice touch of individuality to the game. They’ve got their baggage, their rivalries, but they’ve also got their own goals and aspirations as well.

It’s a charming adventure, one that offers the thrill of multiplayer fun without the bogged-down feeling of a grind that feels more like a chore than a game.

Our own Daniel Tack reviewed Rocket Arena, and what he had to say goes almost directly against what I’m saying, and I kind of like that! His review is a solid representation of the two sides of the spectrum regarding this game: Some really loved it for what it was, and others felt like it offered nothing special. That’s why now is the perfect time to try it and see where you land, because with Xbox Game Pass, it’s free.

“Rocket Arena is yet another offering in the world of third-person hero shooters, a 3v3 experience with several modes that all involve the same core concept: You blast the other team with salvos of rockets! Rockets have been popular weapons in shooters for decades, and here you can wall-climb, rocket-jump, and jet-propel yourself all over the arena,” said Tack. “With humdrum heroes, cool maps, and gameplay that gets old fast, Rocket Arena is a mixed experience in a world inundated with offerings all vying for players’ attention.”

I would be remiss not to recommend any of the Dragon Age games, especially given how much I adore this franchise. The caveat here, however, is that if you do enjoy this adventure for the first time, pleasepleaseplease play them in order. I know there is much to-do about Dragon Age 2 (which is all incredibly valid, but here’s why you should give it a chance anyway), and Origins hasn’t aged the best (much like many BioWare games), but the trilogy as a whole is so intertwined lore-wise that if you don’t experience them in order, you’re missing out in so many ways that you won’t even realize. If you don’t play Origins and Dragon Age 2, Varric’s epic return in Inquisition, Corypheus’ return, and that choice in the fade will all mean nothing. To play them out of order (or to play a newer title without the previous entries) is total deprivation of how profound this story is, so much more than many realize.

But Liana, you’re not talking about Mass Effect? Yeah, because the remaster is coming out in May. Trust me; the wait will be worth it.

For sports lovers, every EA sports title in recent years is available now on Xbox Game Pass. While I’m not the biggest sports lover myself if that’s what you’re looking for? Feast on, friend. 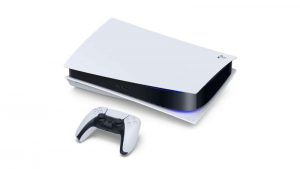 PS5 Changes That Would Make A Big Difference