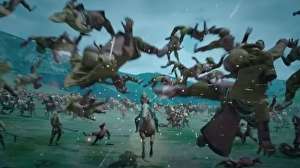 Dynasty Warriors’ long-in-the-works movie adaptation has just received its first proper trailer ahead of next month’s release in Hong Kong and Mainland China.

First announced back in 2016, the live-action Dynasty Warriors movie is being produced by China 3D Digital Entertainment Limited and, like the video games, draws inspiration from the Three Kingdoms period of Chinese history.

It’s being directed by Roy Chow, based on a script by Christine To, and will pit game heroes Liu Bei, Guan Yu and Zhang Fei – as played by Tony Yang, Geng Han, and Justin Cheung respectively – against the powerful Lu Bu (Louis Koo).