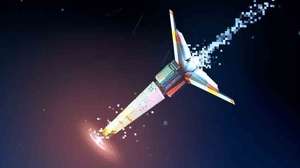 For years, I am ashamed to admit that Dungeon of the Endless was one of those strange games I loved much more than I actually played. I longed to play it though, to be good at it – nobody is actually good at it – or at least to truly understand it. I was drawn in by the stylish French sci-fi, the elegant, elongated pixel art, this El Greco futurism with a brutal tower defence twist. But I felt frozen out. And now I’m finally in, I don’t really know why I was so afraid. I think I was probably fretful about being overwhelmed, but in Dungeon of the Endless being overwhelmed is actually the central thrill.

I see that now. Today, Dungeon of the Endless has finally arrived on smartphones, which means that this bewitching game will have a huge new audience to win over. The port is not bad, I think – it’s the game I remember, with all the DLC, but I should warn anyone else like me with long-sightedness: the text can be pretty small and I can struggle to make out the more frantic action.

Nonetheless I think there has been love spent here. Dungeon of the Endless is a game about exploring deadly underground mazes, to first find the exit to the next area and then get your crystal from the starting position to the exit. You control a handful of characters who auto-attack anything in the current room they’re in, but even with auto-attack, I was still worried about fiddliness. Selecting characters can be fiddly on a touchscreen, and how would the game handle Dungeon of the Endless’ two signature moments, opening a door to somewhere new and possible horrid, and lighting a room once you’ve cleared it out?