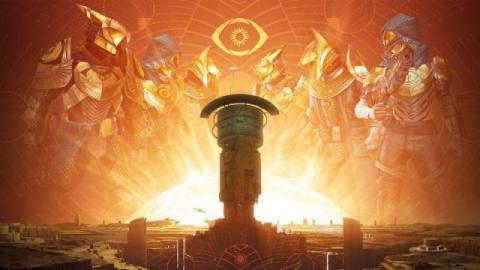 Earlier this week, Bungie removed Trials of Osiris from Destiny 2: Season of the Chosen following the revelation that that players were “win-trading” in order to get those coveted rewards. While the studio gave us some good news regarding the hilariously fun 12-player raid glitch, Bungie also confirmed that Trials of Osiris is disabled indefinitely.

In the most recent This Week In Bungie blog post, Cozmo offered up an update for those players curious about when Trials would return. The update was short, not so sweet, and to the point: “Last weekend, Trials of Osiris was disabled due to unexpected issues. While these issues are being investigated, Trials of Osiris will be unavailable to players. We will have more information when it becomes available.”

While the indefinite removal is a bummer for some, the good news is that it sounds like it will be making its way back into the game at some point in the future. Bungie has a lot of change up ahead, including crossplay and transmog — as well as a total overhaul to rewards — so the rollout of Trials maybe a little longer than usual. Still, there are a lot of problems with the setup of this particular PvP instance, so hopefully Bungie takes the time to look at some of those less-than-desired aspects of Trials before bringing it back into the game.

As we mentioned in our previous coverage, Trials is an instance that is overrun cheaters, making the already brutally challenging PvP instance even more so, especially for those running on PC. Other players feel that Bungie hasn’t been consistent regarding what this experience has to offer, especially in terms of what the ultimate goal is. Some feel that if the player count is low, Bungie will switch up the Trials experience to try to bring more Guardians in. Given that Trials is incredibly challenging as part of being a Pinnacle PvP activity, new players get smashed into the ground fairly quickly and with nothing but the equivalent of “I went to Trials and all I got was this lousy t-shirt.”

It will be interesting to see how Trials of Osiris continues to evolve in Destiny 2, we hope that the latest iteration of tweaks is one that players will resonate with.

To check out what else is moving and shaking in the world of Destiny 2 with Season of the Chosen, you can check out our game hub here to learn more.