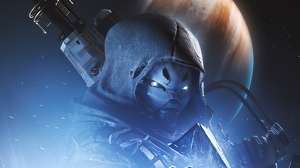 Bungie jumps onto next-gen systems with extra support for Destiny 2 on PlayStation 5, Xbox Series S and X, delivering the key feature many fans have been waiting for – a move to 60 frames per second gaming. But how successful has the next generation transition been? How do the three new consoles compare and what are the key upgrades beyond the boost to frame-rate? Bungie has a reputation not just of excellent visual design and solid technology, but also in delivering very similar experiences across platforms – and so it is with Destiny 2.

To get the basics out of the way, Destiny 2 delivers true 4K resolution on PlayStation 5 and Xbox Series X, with pixel counts resolving at a native 3840×2160 on each in a vast majority of test shots. Bungie has developed a dynamic resolution system for this engine (as notably used on PS4 pro), and it’s likely deployed here too, though its appearance is minimal. There’s an element of uncertainty on how the DRS system works too; a lower bounds of 2560×2160 is noted as a very rare extreme on each next-gen machine. However, where there are brief signs of sub-native rendering, it may simply be the case lower resolution effects buffers producing aliasing. On the whole it’s a net positive though. Essentially, moving from PS4 Pro to PS5, you’re doubling the frame-rate and removing the most glaring resolution drops while using DRS. Meanwhile, comparing the 4K picture on Xbox One X and Series X, there’s little to differentiate them on a visual level, bar the huge performance upgrade.

For tests then, I used the initial tutorial stages for comparisons, which takes us back to classic Cosmodrome area from the first Destiny – plus set-piece battles from Destiny 2’s latest expansions. Crucially, There is cross-play compatibility within specific console families – so PS4/Pro owners can play with PS5 gamers, while the same holds true for the Xbox One and Xbox Series families. This may perhaps explain why very little has changed beyond performance: key rendering features remain unchanged, and even the disappointing texture filtering quality is entirely like-for-like comparing Series X with One X. Reflections may have changed slightly, but it’s clear that Bungie’s focus here has been on pushing frame-rate hard – something it couldn’t do on last-gen systems owing to CPU limitations.