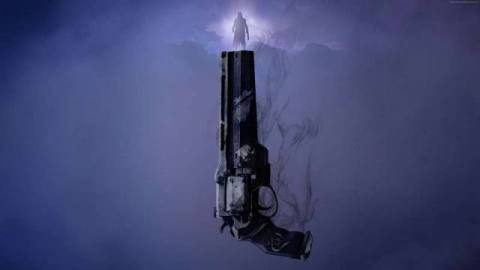 Bungie is preparing for a slew of new changes coming soon to Destiny 2 in the future, including a reversal on Sunsetting, transmog, crossplay, and so much more. What won’t be changing is the inclusion of Vaulting. Vaulting is where the studio ‘removes’ certain aspects of the game (expansions, worlds, etc) in order to make room for new content. With the Forsaken DLC being vital to the current narrative surrounding The Crow, the confirmation that this expansion will be Vaulted in the future is a little surprising.

In a recent interview with Eurogamer, Bungie general manager Justin Truman opened up about the studio’s philosophy regarding Vaulting as well as what will be shelved in the future. One thing he mentioned is that aspects of Destiny 2 will not be cut in order of release.

“We want to curate that experience. We’re probably not going to go in strict chronological order – like, oh, the next Destiny 2 destination that came in the launch Destiny would be the next one to Vault. Instead, we’re thinking about it in terms of – which one of these destinations or experiences is doing the least to the overall healthy ecosystem? And that can range from – which ones have the most exciting experiences that we want to stick around, it could be to do with combatant usage – like, hey, if we get rid of this, there just aren’t that many places where Cabal are in Destiny 2 anymore…”

He added that Forsaken content will be Vaulted “at some point” because “in the same way that we don’t want eight raids, it’s the same thing with storylines. We don’t what when a new player enters into Destiny for them to have five different competing storylines that they could start playing where in some of them, Uldren is a good guy, and in some of them he’s a bad guys, and it’s not clear if you’re playing them out of order.”

But what is Vaulted has the potential to come back, so nothing is removed forever. However, that doesn’t mean everything that has gone into the Vault comes back into the game. How Bungie will be exploring what will and will not be un-Vaulted depends on which experiences players favor the most. If anything super beloved is removed, the likelihood that it will come back is extremely high. On the flip side, as mentioned before with the Forsaken DLC eventually going away, what they take and what they give back has to make sense.

For those that loved the Forsaken DLC or haven’t had a chance to check it out yet, don’t worry. Bungie made it clear that it’s not happening anytime soon. It may not even happen in 2021. It’s just happening “at some point,” which could mean anything with two more expansions on the horizon.