What a difference 11 years can make. When it launched way back in 2009, FromSoftware’s Demon’s Souls was something of a whispered secret. Passed over by Sony for western release and subsequently picked up by a handful of adventurous importers, it was followed by word of mouth that soon escalated, and the chorus has been ringing out loudly ever since. It was nothing less than a phenomenon, and it’s hard to argue there has been any series as impactful, influential or downright exquisite this past decade.

Five successors later, spiritual or otherwise (you can’t accuse the ever industrious FromSoftware of slacking) we’ve perhaps the series’ most high profile moment yet. No longer a cult curio, Demon’s Souls is the jewel in the crown of the PlayStation 5’s launch line-up, a dazzling, lavish remake of the original Soulsbourne at the forefront of Sony’s new generation of hardware. FromSoftware’s brand of hard-edged action has properly made it into the mainstream – even if the Japanese developer is not directly involved here at all.

Like 2018’s Shadow of the Colossus before it, 2020’s Demon’s Souls sees masters of the remaster Bluepoint Games take on a beloved modern classic. It’s not a remaster so much as a full-on remake from the ground up, though the fundamentals remain precisely the same – only here they’re served by cutting edge visuals and all the special tricks the new generation of PlayStation hardware can muster. It’s quite the thing.

Inch up towards the gates of Boletaria and you’ll see the palace, made over in an entirely new architectural style, towering over you. You’ll see the individual expressions of each dregling in outrageous detail as they lunge out of cover to ambush you. You’ll hear the fizzle of their flame-lit swords through the PlayStation 5’s 3D Audio – elsewhere you’ll likely find yourself flinching as arrows zip by your ears, while you’ll feel the tension of the bow in the DualSense’s triggers should you want to fire off an arrow in return.

The physicality of Demon’s Souls – something just as important to From’s series as its lore-soaked architecture and the pervading sense of dread beauty – has never felt quite so explicit. In this way Bluepoint’s remake works wonders, the clang of an enemy pickaxe striking your shield reverberating through your wrists as well as your ears, a soul arrow hitting with the perceptible crackle of thunder while boss fights now thump with the room-shaking pizazz of a summer blockbuster.

The remake serves other elements of the 2009 original brilliantly, too. Contrary to what the series’ naming convention might suggest, Demon’s Souls was always a much darker game than its Dark Souls descendants, as much of a horror game as the full-blown Lovecraftian nightmare of Bloodborne. Bluepoint’s remake leans into those horror elements, making exquisite use of shadow and light. The Tower of Latria’s sense of cold trepidation is ramped up to an almost unbearable degree, even if the mindflayers have lost some of their old menace in their new redesign; elsewhere the Valley of Defilement’s an incredible study of atrophy and grot, its sagging wooden walkways perched over the darkness carrying a perceptible claggy dampness.

The beauty of Demon’s Souls has been served just as well as its beastliness, and good lord is this thing frequently a sight to behold, from the newly polished halls of the Nexus to the moss-shrouded underpasses of the Boletarian Palace, light sieved through soft fronds of vegetation. There are filters that reinstate the bolder palette of the original, the option to play at native 4K at 30fps in an optional fidelity mode, and a photo mode that means – find some pearls, Souls hardcore, and prepare to clutch them – it’s now possible to pause a Soulsborne game in order to admire the action.

Even veterans of scores of original Demon’s Souls playthroughs will get to experience this world something like anew, so radical is the makeover, though some frictions inevitably arise. The difference in fidelity is striking, the move to 60fps in the recommended performance mode more than welcome, but everything’s that little bit more literal than before. The NPCs you mix with in the liminal space of the Nexus – the underworld’s waiting room, cast here in exquisitely lit-stone – have been remodelled and re-recorded, the prickly edges of their old performances sadly smoothed away. Ultimately Demon’s Souls gains more than it loses in filling in all that detail, but it can be jarring nevertheless: oftentimes it’s like watching a beloved arthouse classic on a six-storey IMAX screen while strapped into a d-box.

Beneath the makeover this Demon’s Souls does remain impressively faithful to the original, retaining all of the tics and quirks. This is a more arcane, unforgiving thing than any of From Software’s other games – you could say it’s slightly less elegant than what came after, though those blemishes give Demon’s Souls its own particular charm. Rather than one vast interconnected world, here five sprawling levels are accessible from the hub of the Nexus, the checkpointing in each that little bit harsher than what would follow. Dark Souls’ estus flask had yet to be crafted, in its place a more fiddly system of healing items that need to be grinded out before big boss encounters.

There’s an inherent imbalance that remains, too – while some boss exploits have been removed, there’s still an easier path you can forge through Demon’s Souls by leaning towards magic-infused builds. There’s that same fussiness to the World Tendency system that, despite more prominence in the player UI, remains hard to parse, and some of that old clumsiness as you tumble through the Valley of Defilement’s stacked walkways – the occasional jarring sense of an old, strange PlayStation 3 game jutting through the gloss of a PlayStation 5 powerhouse. There’s those same moments of inspiration too, mind, some of them that still stand as highlights of the entire Soulsborne bloodline – the Old Monk bossfight, for example, a moment of fourth-wall breaking brilliance that tickles me just as much today as it did back then.

I feel slightly uneasy that, with the servers for the original Demon’s Souls switched off a few years back, this remake is now the only way to play a game whose online features are its backbone; conversely, with this there is now that thrill of playing a Soulsborne game just as it’s entered the wild, when the community is at its strongest as they all rediscover some of those same secrets all over again. It proves, as every subsequent Souls game has ever since really, that the fundamentals Demon’s Souls established will always make for incredible entertainment – that icy chill of exploration that dark fantasy has, the sense of well-earned conquests, all of which are here and presented with a cinematic flair. This is a curious exercise much like Gus van Sant’s fascinating take on Psycho, an old classic reshot on new stock and on fancier stage sets – though in this instance the results are much more likely to earn universal applause.

How do you make peace between a game whose legend was forged through its downbeat double-A mysteries, through its obliqueness – and bleakness – and this, a thumping great triple-A powerhouse of a thing? I’m not sure you can, not that it should impact your enjoyment of it at all. This is a full-blooded roar of a remake, and if some of that original enigma’s been lost it’s been replaced with a spectacle befitting of a big ticket console launch. Demon’s Souls was the ultimate cult game, a thing of strange beauty and outrageous challenge. With this remake, in all its splendour and explosiveness, it’s proven to be just as adept as an amped-up, jaw-dropping blockbuster. 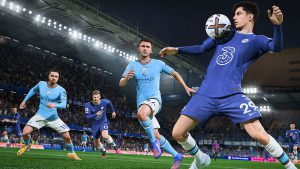 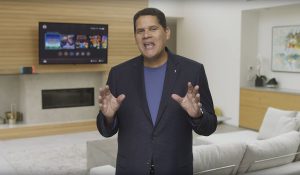 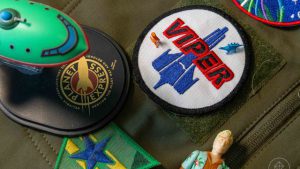 Spelljammer is for losers